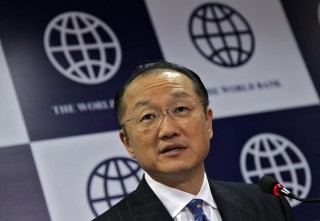 For the first time in over three decades, Somalia has received succour from the World Bank. This historic support is the second significant intervention by the global lenders in the horn of Africa within one month and will be injected into the economic recovery plan of the country’s central government.

The first historic move by the World Bank in the region is the provision of ‘direct budgetary support’ for Ethiopia after thirteen years of withdrawing its financial support for the country. In the same vein, the World Bank Group (WBG) Board of Directors approved two investment programs worth $80 million and also endorsed first four-year Country Partnership Framework (CPF) for Somalia.

The grant is expected to revitalize the economy, propel systemic change in all sectors and revive the government’s recovery commitment. In 2014, the Somali government kick-started its country-wide economic recovery plan (ERP) in a bid to ‘alleviate poverty, recover household incomes, build trust in government and encourage social cohesion and integration’ in the face of constant conflict the country.

According to Bella Bird, World Bank Country Director for Tanzania, Burundi, Malawi and Somalia, “the role of the World Bank since re-engaging the Somalian government has been to help the country rebuild core institutions that can restore citizens’ trust and redistribute resources to address extreme poverty and begin to create opportunities for those who have been excluded.”

In recent times, Somalia has been ravaged by several crises but the government only jumpstarted an economic recovery programme to get the country back on its feet in 2013. This is the ‘first development strategy’ from the World Bank since a civil war broke out in the country around the early 1990s. The dawn of the Somalia civil war brought an abrupt end to the support the country was getting from the World Bank, and despite efforts by the country reignite this relationship, there hasn’t been any direct financial support since then.

In his own reaction, the World Bank Vice President for Africa, Hafez Ghanem commended the government’s effort to restore peace and tranquillity in the country.  “Somalia’s stability and prosperity are key to the stability of the region as a whole. We applaud the government for their commitment to reform and the steps taken towards building a better future for the country,” he said.

Despite the persisting crisis in some parts of the country (Mogadishu) which has had many civilians killed in the country, coupled with the recurring drought and famine in the country, Somalia’s GDP according to the African Development Bank (AfDB) is projected to recover to 3.5 percent by the end 2018 and 2019.

The World Bank also approved an additional $60 million for the recurrent cost and reform financing project and $20 million for the domestic revenue and public financial management capacity strengthening project. In due course, this new partnership on social services will help Somalia economy grow by an average of between 3.5 and 4.5 percent annually in 2019-2022.