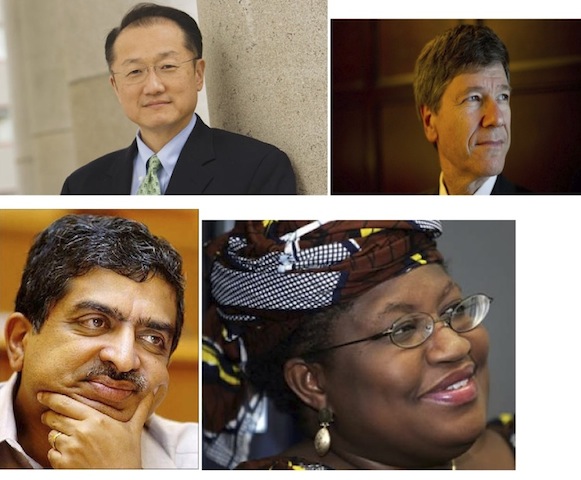 World Bank Presidency: Beyond the Politics of Europe and America

Who will be the next World Bank President? The race is still on! The past ten presidents of this institution have been American. This iron grip that America has on this position is part of the un-spoken agreement of the Brenton Woods Institute that was formed at the end of world war two that led to the establishment of World Bank and IMF. Emerging economies have decried the fist-hold America has had over this position since inception.

Some school of thought feel that the world has moved on to greater things since the end of the world war and as a result, the process of choosing who heads the two world institutions should change with the tides. The selection process should not be a function of politics, but merit.

Emerging economies have agreed that the race for the top positions in World Bank and IMF should be made more transparent and accessible to every qualified citizen of the world. Since the G20 countries reached this agreement, it has remained in theory.

Anyway, the World Bank Board agreed to a selection process, which they call open, transparent and merit-based, as a result of the heavy criticisms that it suffered after the last selection process. This means that qualified citizens of the 187 member countries are eligible to vie for this position.

Several renowned economists have shown interest in the job: American anti-poverty supporter and economist, Jeffrey Sachs, who led the UN committee on the Millennium Development Goals and had often criticised the World Bank for neglecting African Economic Development; A Nigerian economist and former world bank senior executive Ngozi Okonjo-Iweala, and who is currently serving as Nigeria’s minister of finance; Indian high-tech entrepreneur, philanthropist and co-founder of Infosys Nandan Nilekani; American-Korean Jim Yong Kim, who happens to be the president of Dartmouth and a medical doctor.

The merit-based selection supposedly implies that selection should be based on experience and expertise and not on nationality. Past experience has however proven that nationality constitutes a major factor in the selection process. The US President has thrown his weight behind an American who was born in South Korea, an emerging market. This would further break the ranks of the developing countries when it comes to voting.

The board of directors of the bank eventually would decide who gets the job. The board is made up of 25 directors. The United States control 16%, countries of the European Union (EU) control a total of 29% and Japan 9% of the bank.  These three federations control a total of 54% of total votes and five seats on the board. The rest of the world has 20 seats but share 46% of the total votes. Sadly, we can guess who EU, America and Japan support in this race. US, EU and Japan have always voted along the same line, the remaining 46% of the votes will be divided when you factor in the likely votes for Kim Yong from his birthplace in Asia.

Most likely, come June 30, Dr Jim Yong Kim, the Korean-born American, would take over from Robert B. Zoellick, another American, as the World Bank president.

According to the book Unholy Trinity, written by Richard Peet “The IMF is in disgrace, the WTO can hardly meet anymore and the World Bank survives as a global philanthropist.” America and EU should see this as an opportunity to restore the reputation of World Bank by indeed towing the line of a selection process, which is open, transparent and merit-based. According to the Brazilian Finance Minister Mantega, the selection should be based on ability, not nationality.

Ha Joon Chang in his book The Bad Samaritans accused the World Bank, IMF and WTO of being the Unholy Trinity dangling carrots of economic destruction to the developing nations who rush innocently into these traps and in the process rush into economic stagnation.  The biggest client of world bank are developing nations, what stops the developed economies from allowing a president from a developing nation a chance to proof himself, to dangle the carrot to his own people.

Ha Joon Chang, however ended the book with an optimistic belief that these bad Samaritans will have a change of heart and help developing nations. I believe the time for the desired change is now. I dare the directors of the World Bank to select a president for the greater good not for the sake of politics: a selection based on ability and not nationality and based on experience, expertise and know-how.