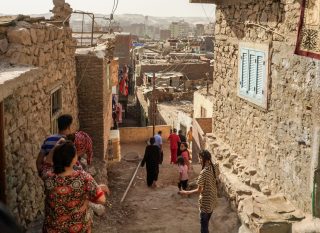 In Egypt, over 20 million people live in substandard housing conditions and have no means of improving their situation. Housing poverty in Egypt is particularly common in the rural areas, where many families live in old mud-brick houses with dirt floors, no doors or windows and roofs made from thatch, branches or even sugar cane.

Due to the level of housing poverty in the country, the World Bank created an Inclusive Housing Finance Program, which has benefitted 287,600 households across the country since 2015. Over three-fourths of beneficiary households in the past five years were in the lowest 40 percent of Egypt’s household earned-income distribution, this percentage slowly increased from 68 percent in 2015 to 80 percent in 2019.

On Friday the 20th of March, the World Bank announced additional financing of $5oo million to support the ongoing efforts to improve the affordability of formal housing for low-income households in Egypt. This will help strengthen the capacity of Egypt’s Social Housing and Mortgage Finance Fund to design policies and coordinate social housing programs.

H.E. Dr Rania Al-Mashat, Egypt’s Minister of International Cooperation, who also represents Egypt on the World Bank’s Board of Governors in a statement said: “Affordable housing is essential to contributing to national socio-economic development and the achievement of the United Nations’ Sustainable Development Goals.”

“Urbanization and development are indivisibly linked to one another. Our partnership with the World Bank builds on the Inclusive Housing Finance Program’s success in creating safe and affordable housing, and in building resilient societies and economies” he said.

The expanded program is aimed at delivering subsidized affordable housing, thereby increasing the number of beneficiaries by 31 percent as well as contributing to the government target of supporting more than one million homes for low-income households by 2024.

Marina Wes, World Bank Country Director for Egypt, Yemen and Djibouti said that “Through this project, we are continuing our commitment to improving the livelihoods and productivity of Egyptians while encouraging private sector participation in social housing. This is crucial for the success of the country’s reform program.”

In January 2020, the government approved new public-private partnership guidelines, that will address the major concerns of private developers, and facilitate their participation in affordable housing.

Additional financing will encourage private sector participation in the construction of the project. This supports the development of public-private partnerships for low-income housing and brings private rental landlords into the low-income housing sector.

With a population growing at a rapid rate of 2 percent per year, Egypt is faced with an urbanization crisis, as many of its cities find themselves increasingly overcrowded. Egypt’s housing crisis affects millions across the country.

The most visible symptom of Egypt’s urbanization problem has been the lack of low-income and social housing available across the country. The housing ministry has estimated that 500,000 new homes need to be built every year for five years to keep pace with the expanding population and to address the estimated backlog of 3 million housing units

Within these inner-city slums in major metropolitan hubs, such as Alexandria and Cairo, crime and lawlessness have emerged as major side effects of this increase in informal housing. Petty and major crimes have become widespread as local gangs strong-arm residents and illegal developers.

Childbearing rates have risen since 2008 to 3.5 children per woman, according to United Nations statistics, and that the rate of increase in the population reached 1.8 percent annually, a rate that adds one million citizens every six months.

Egyptian cities and towns are crowded with people as 95 percent of the population live on only about 4 percent of the land. Maximizing the use of these lands by creating affordable housing for the people will help reduce the level of crime and poverty in the country.