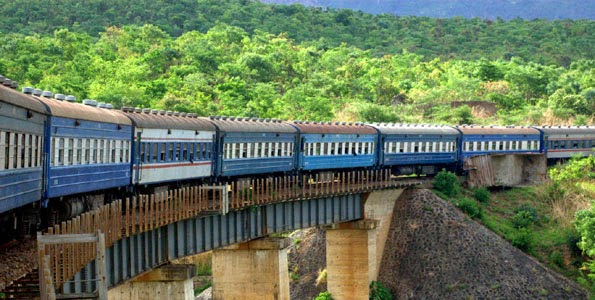 both regions of Tanzania and Zambia, demanding five months of unpaid salaries, have halted the cross-border operations of the railway between Zambia and Tanzania used to export copper from Africa’s two biggest producers.

Called the TAZARA line, the railway is a key route for copper exports through the Tanzanian port of Dar es Salaam from Zambia and Africa’s biggest producer the Democratic Republic of Congo. Much of the copper from both countries is also moved by road.

The strike, which began on Monday, is a further blow to the Tazara line which has been operating at a loss and had failed to meet most operational costs, including expenses for locomotive spares, rolling stock, fuel and salaries for employees.

“The employees in both regions of Tanzania and Zambia communicated to the Authority that they would no longer wait for the promised solutions and opted to down tools,” TAZARA spokesman Conrad Simuchile said in a statement.

Zambia’s copper industry has been struggling with tax disputes between government authorities and the mining companies. The tax plan eliminates corporate income tax, but imposes a 20 percent gross royalty on revenue without considering profitability. But Zambia’s Chamber of Mines, the body that represents mining companies operating in the country, said the regime will will lead to shaft closures and 12,000 job losses.

Mining accounts for 12 percent of gross domestic product (GDP) and 10 percent of formal employment in Zambia, Africa’s second largest copper producer. The International Monetary Fund (IMF) estimates that the country’s economic growth will dip to 5.5 percent in 2014, from around 6.5 percent last year, partly due to mining outages.Although the chamber estimates that the tax hike would next year result in total production losses of 158,000 tonnes of copper, the loss of 12,000 jobs and cost the government $1 billion in lost earnings, Mines minister Christopher Yaluma said the government would not change the law because the level of royalties the mines were currently paying was too low.

The railway construction is meant to link Zambia and Angola, a visionary investment on the part of both countries as it will aid future development of their economy.

“This is different from the mines; it is a permanent investment for Zambia. It will boost the Zambian economy permanently. The Zambia North West Rail will also relieve pressure from the roads because huge cargo will now be transported by rail,” said Daniel Rea, Manager, Grindrod Limited Zambia.