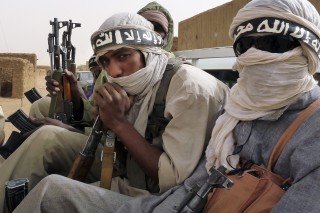 With French forces departing, who will lead counterterrorism in the Sahel?

France has begun to withdraw its troops from Africa’s Sahel region, with the last Operation Barkhane soldiers departing the Malian base of Kidal last week. The withdrawal is part of Paris’s efforts to transition peacekeeping in the area from a French-dominated battle to a more international effort bringing together Sahelian countries and a wide array of global partners to continue the fight against extremism in the region. But as the troop reorganization begins, old tensions and new fears are flaring, and it’s becoming increasingly clear which countries in the Sahel are ready and willing to take on the responsibility of leading the counterterrorism drive, and which are not.

Troubled times in the Sahel

The partial withdrawal of French forces is a major shift for the region, which has spent much of the last decade depending on them to keep extremism at bay. The French presence stems from January 2013, when Paris launched Operation Serval to halt radical Islamist groups’ advances towards Mali’s capital. Serval was succeeded by Operation Barkhane, a long-term plan to maintain thousands of French troops in the Sahel region to prevent further rebel takeovers.

Those troops are now pulling out in phases, with the longstanding operation coming to an end by 2022, though a smaller, more international task force named Takuba will remain. Barkhane had become increasingly unpopular, both in France and in host countries like Mali, but Paris is keen to avoid the operation’s end leading to a void that will allow terrorist groups to regain influence and territory in the Sahel.

To that end, France hopes that the Sahel countries’ troops will pick up the role which French forces have played in recent years. Some Sahel countries, however, seem far more willing and capable to take the lead on the counterterror front than others. Nowhere is this more obvious than in the examples of Chad and Mali, two countries that have gone through dramatic government changes this year.

Chad a pillar of post-Barkhane stability

Longtime Chadian leader Idriss Déby was one of France’s biggest allies in the fight against terror in the Sahel—right up until his shocking battlefield death in April, on the front lines of the fight against rebels along the country’s north-western border. His son, general Mahamat Déby, quickly took control of the government and kept Chad from spiralling out of control.

Surrounding himself with some of the nation’s top generals to form the Transitional Military Government, the 37-year old promised to return the country to civilian rule within 18 months. There has been some progress on that front, with a transitional Parliament announced in September which includes members of the former opposition, as well as 30% quotas for women and young people.

After managing to avoid the chaos that frequently follows the deaths of long-time African leaders, Mahamat Déby is now focused on ridding Chad of the many rebel groups threatening its integrity.  Most of these insurrectionists are Islamic militants linked to al Qaeda and the Islamic State who move with ease across the poorly defended borders in the Sahel and the Sahara Desert. To that effect, Chad is preparing to nearly double the size of its army, with plans to boost the 35,000-strong force to 60,000 troops by the end of 2022.

The transitional president has also conferred directly with Emmanuel Macron to plan a counterterrorism strategy following the French troop reorganization. During a July trip to Paris, Déby discussed the military problems plaguing the region with his French counterpart, including the recent incursion of CAR soldiers in Chadian territory and the fragile situation in Sudan, to prepare his country better for the scheduled withdrawal of French troops.

On the other side of the preparedness, spectrum lies Mali, which is sinking further and further into international isolation after two coups in the last 18 months. In August 2020, relatively unknown colonel Assimi Goïta rode the wave of public dissatisfaction against former president Ibrahim Boubacar Keïta and deposed him. Nine months later, when he grew dissatisfied with the transitional government, he orchestrated a second putsch, installing himself as interim president.

The instability has sparked concerns that Mali might once again be fertile ground for an extremist takeover. Many of the Goïta regime’s actions, such as delaying elections, planning negotiations with Al-Qaeda and accusing French forces of training terrorists inside the country, have been met with anger and trepidation. But nothing sent off alarms in the region like suggestions that Bamako is planning to hire thousands of Russian mercenaries from the infamous Wagner Group as a purported counterterrorism measure.

Widely believed to be close to Russian strongman Vladimir Putin, the Wagner Group is a paramilitary organisation that has been accused of illegal interventions and war crimes in more than a dozen countries, including Syria and the Central African Republic. Wagner interference in Mali would not only open the door for Russia to increase its influence in the region but would sharply narrow down Mali’s opportunities for cooperation with other international partners—“It is not possible to co-habit with mercenaries”, French Armed Forces Minister Florence Parly warned.

Observers have warned that Mali’s erratic behaviour could light the powder keg that is the Sahel. It’s encouraging, then, that some of the other states in the region are banding closer together to avoid the region from descending into chaos. Officials from Cameroon, Chad, Niger and Nigeria recently met to discuss the urgent need to rebuild the Lake Chad basin to reduce the likelihood of extremist activity.

The conclusion was that the situation cannot be treated as a strictly military issue, with many young men in the Sahel being driven to join militant groups by high unemployment and bleak financial prospects. A holistic approach to rooting out extremism is needed, but any such plans are endangered by the irresponsible actions of Mali’s current leadership, which risks alienating its neighbours and becoming an easy-to-sacrifice pawn in Moscow’s global game.