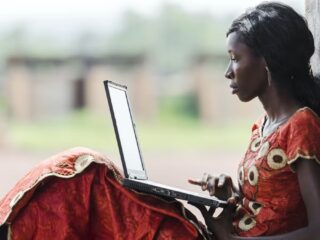 Will Togo become the heart of cybersecurity in Africa?

Most discussions on Africa’s digital economy border on how fast it is growing and how the continent needs more internet penetration. But the elephant in the room – cybersecurity – doesn’t get as much attention. In November 2021, Kaspersky reported that Nigeria, South Africa, and Kenya recorded 81 million cyber attacks in three months, signalling how cybercrime is rising along with internet penetration. In the second quarter of this year, phishing scams jumped by 438 per cent and 174 per cent in Kenya and Nigeria the previous quarter.

A report by the Club of Information Security Experts in Africa (CESIA) states that 55 per cent of African companies were not in doubt of their inability to deal with cyberattacks in 2021.

CESIA then revealed in 2022 that while the percentage of unprepared businesses dropped to 52, cybercriminals are becoming more organized.

Furthermore, Interpol’s Africa Cyberthreat Assessment Report discovered that 90 per cent of local businesses lack essential cyber-protection arrangements. According to the 2021 Global Cybersecurity Index, only 29 of 54 assessed African countries have made positive legislative moves toward cybersecurity.

Thus, the United Nations Economic Commission for Africa (UNECA) recently partnered with the Togolese government to build Africa’s first regional cybersecurity research centre. The African Centre for Coordination and Research in Cybersecurity, based in the capital city of Lomé, will monitor, detect, and share cybersecurity intelligence with African governments, policymakers, law enforcement, and security agencies.

It might surprise many that UNECA is choosing Togo, a country with only about 24 per cent internet penetration, over neighbours with higher numbers. But it’s not hard to justify.

Togo is one of the countries taking healthy steps to protect Africa’s cyberspace. On December 6th, 2018, the Togolese National Assembly officially enacted a cybercrime fight as part of its Axis 4 sectoral policy, which insists on ensuring national digital sovereignty to protect citizens’ internet experiences.

And till date, Togo is still one of the few African countries that have ratified the Malabo Convention on cybersecurity and personal data protection. The country has established cybersecurity-specific legal/regulatory systems, such as the National Cybersecurity Agency (ANCy) and the Personal Data Protection Authority (IPDCP).

More so, Togo has been racking up infrastructure. In March, Google’s undersea cable megaproject, Equiano, made its first African landing on the shores of Togo, establishing the outlier market as a vital connectivity hub in West Africa.

Furthermore, according to GSMA, Togo is one of the few countries to have deployed commercial 5G services, a feat it accomplished in November 2020 when Togocom, an Axian Group subsidiary, turned on the network beyond airports and administrative organizations. The rollout, which it did in collaboration with Nokia, was the first of its kind in West African territory.

So, it is no surprise that the United Nations Economic Commission for Africa (UNECA) has picked Togo as the first African regional cybersecurity research centre.

Cybercrime in Africa is too expensive to ignore

In 2021, cybercrime scooped out 10 per cent of GDPs across Africa, costing the continent $4 billion. That’s 3.5 per cent of the size of Africa’s digital economy ($115 billion). Analysts expect the continent’s digital economy to be $712 billion by 2050. But if that percentage cost of cybercrime remains constant, Africa will lose nearly $25 billion.

Togo’s digital economy and transformation minister Cina Lawson said the collaboration’s mission is to make cybersecurity a top priority for African nations. “We aim to become a significant digital hub in Africa. Our partnership model with the private sector is an innovative approach that we want to showcase to inspire other countries for safer cyberspace on the continent,” he added.

Earlier this March, Togo joined forces with UNECA to host Africa’s first-ever Cybersecurity Summit, bringing together private, civil, and public sector leaders to address cybersecurity challenges in the region. At the event, member states unanimously adopted the “Lomé Declaration on cybersecurity and the fight against cybercrime”, otherwise called the Lomé Declaration.

The Lomé Declaration advocates for African countries to sign and ratify the African Union’s Malabo Convention, the most elaborate of its kind in terms of strengthening continental cooperation in the fight against cybercrime.