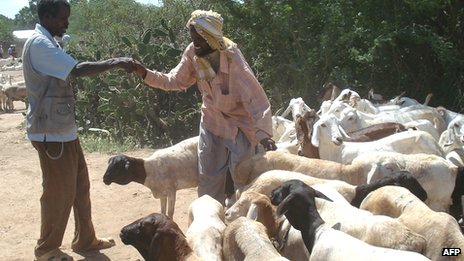 Will something bigger come out of Somalia ?

Contrary to the present perception about Somalia as a failed state due to the crisis in the country, businesses still thrive with greater potential for years ahead.

Once regarded as having the most beautiful places in Africa until the crisis in recent times, Somalia has been able to keep her businesses in good shape- surviving the ravages of war that has eaten deep into other fabrics of the country. According to BBC’s Mary Harper, remarkable things are happening, which could serve as a model for a new start in Somalia.

Somalia ranks in the top 50% African countries on several key development indicators. A US based independent institute found that despite the chaos and economic collapse, Somalia is doing better than when it had a state. It also reported that ‘urban business men, international corporations have all functioned in a stateless Somalia, achieving standards of living for the country that are equal or superior to many other African nations.

Two northern Somali ports account for 95% of all goats and 52% of all sheep exports for the whole East Africa region. London-based Chatham House think-tank regard this as the largest movement of live  animals trade in the world.

Somalia has one of the cheapest and most efficient mobile phone networks in Africa.

It is still home to Dahbshi, one of the largest money transfer companies in the continent-which delivers about $2 million worth of remittances to Somali territories each year.

Other business development includes the building of a Coca-Cola plant and art gallery in Hargeisa, a boutique where beautiful lingerie are sold and a billiard and snooker federation.

Indeed out of nothing came something, and from it will come something bigger.