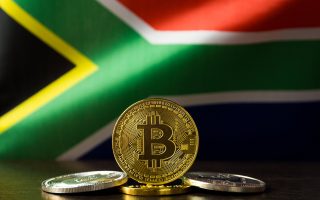 Will regulation restrict the cryptocurrency market in South Africa?

According to the document, all exchanges, wallets providers, Bitcoin ATMs and payment processors will have to register with the government in 2019. The government expressed its concern for the investors since the cryptocurrency industry is not controlled or regulated hence leaving them vulnerable.

Since cryptocurrencies are considered neither currency nor financial assets, cryptocurrency transactions are tax-free in most countries. However, in April 2018 the South African Revenue Service, the country’s tax agency, said that normal tax rules are applicable to crypto earnings – that is, they may be treated under standard income tax rules but may be liable for capital gains tax in some cases.

As a result of the increasing levels of popularity and speculation around cryptocurrencies, the government, however, warned that cryptocurrencies are not a legal tender in the country.

The South African public and impacted parties have been asked to provide comments on the document by Feb 15, 2019, and the regulators promise that the input will help determine the way in which crypto assets will be regulated.

As Cryptocurrencies become more embraced globally, the demand for the virtual currency keeps rising as well as markets within the retail and institutional trading frames. However, most cryptocurrencies are not legal tender in most jurisdictions because they are not controlled or regulated like other conventional currencies issued by a monetary authority. Their price is determined by the supply and demand of the market. On this note, governments are taking regulatory actions to tighten consumers’ and investors’ protection. Apparently, in today’s modern internet era trading can cross national boundaries as transactions can be carried out easily via platforms in overseas markets.

Large economies like Japan, which is actually the biggest market for Bitcoin, and Switzerland have legalised the Bitcoin. Regulation on the cryptocurrency industry has been more effective in exchanges as more countries have put a legal policy on cryptocurrency exchanges than the virtual currency itself. Countries like South Korea, US (depending on the state), European Union (depending on country), India have regulated exchanges. China, however, strictly frowns at cryptocurrency entirely.

A detailed process for registration in South Africa is expected to be issued and implemented by the first quarter of 2019. To tackle money laundering activities and terrorism financing, which are some of the many criticisms that the cryptocurrency is an avenue for money laundering, registered crypto entities would also need to report suspicious and unusual cash transactions of 25,000 South African Rand (or $1,820) and above, according to the proposed rules.

The advantage cryptocurrency offers over other forms of financial transactions is that it is decentralized, hence governments have a minimal controlling stake in its operation. And that is what makes it special; granting anonymity to users and the absence of regulatory measures like taxes, interest rates, surcharges from the government, banks or corporations. Regulation from the South African government could make cryptocurrency lose its anonymity in the country, resulting in a steady decline of crypto transactions.

While cryptocurrency still thrives in countries where a bit of regulation has been introduced, it is yet unclear what its effect will be in South Africa. However, what is clear is that it would surely further give crypto investors cogent reasons to not invest in the market in South Africa, while also encouraging people who have stayed away because of a lack of regulation.