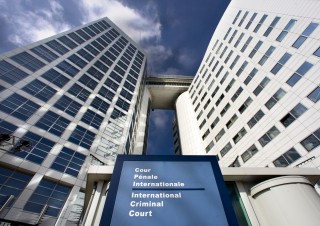 Will Nigerian governors be convicted by the International Criminal Court?

Eleven out of the thirty-six state governors in Nigeria have been dragged before the International Criminal Court (ICC), accused of committing crimes against humanity, an offence within the jurisdiction of the Hague court. The governors will now join the Nigerian president, Muhammadu Buhari, on the list of currently serving Nigerian leaders who have been charged at the ICC.

In a statement released last Thursday, the Executive Director of the Socio-Economic Rights and Accountability Project (SERAP), Adetokunbo Mumuni, remarked that the failure of eleven Nigerian governors to pay salaries had led to severe mental and physical health challenges for workers in their states. This, he said, alluded to parts of the definition of crimes against humanity, hence the reason for submitting its petition urging the ICC prosecutor, Fatou Bensouda, to investigate the governors.

“We are seriously concerned that non-payment of workers’ salaries by several state governments in Nigeria has made life impossible to live for the workers and their families.”

“We also urge you to bring to justice anyone who is responsible for the inhumane acts committed against Nigerian workers and prohibited under the Rome Statute of the International Criminal Court to which Nigeria is a state party,” the petition read.

The Nigerian governors in question include:

Article 7(1)(k) of the Rome Statute of the ICC, on which SERAP relies states;

“1. For the purpose of this Statute, ‘crime against humanity’ means any of the following acts when committed as part of a widespread or systematic attack directed against any civilian population, with knowledge of the attack:

(k) Other inhumane acts of a similar character intentionally causing great suffering, or serious injury to body or to mental or physical health.”

The onus now lies on the International Criminal Court to determine whether these Nigerian governors are guilty of the charges against them or not. Nigeria deposited its instrument of ratification of the Rome Statute on 27 September 2001, hence the ICC may exercise its jurisdiction over Rome Statute crimes committed in the country or by its nationals from 1 July 2002, onward.