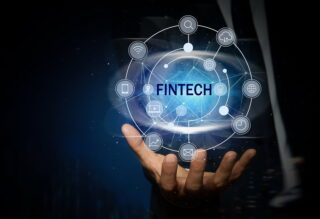 The Covid-19 pandemic caused distressing times for banks all over the world. And in Africa, the story isn’t any less concerning. The continent as a whole went through its deepest recession in at least half a century. In aggregate, GDP in South Africa, Nigeria, Morocco and Kenya — Africa’s four most important banking centres — fell by roughly 6 per cent in 2020. Consequently, banks had to ramp up their provisions for bad loans.

In richer countries, central banks buy up debt to relieve pressure. But in Africa, most of them have had to weather these conditions on their own. Some of these harsh conditions even made British banks leave the African market. But, despite a tough macroeconomic environment, an analysis from McKinsey suggests that average returns on equity (ROE) at African banks have done relatively well. It says Africa is the world’s second most profitable banking market after Latin America. However, the consequence of their survival is that lending rates are higher.

In 2020, Africa had a population of 1.34 billion people, which is forecast to jump to 1.87 billion by 2035 and 2.48 billion by 2050, according to Statista. Africa’s population is the fastest-growing in the world on a continental level, and it will account for almost half of global population growth over the next two decades. By the year 2050, the UN estimates that Africa will have 945 million people under the age of 25. That will be the biggest pool of tech-savvy young people on the globe, making up almost twice the young population of South Asia and South-East Asia, East Asia and the Pacific region combined, according to the Bill & Melinda Gates Foundation.

From 2015 to mid-2021, more than 270 firms raised about 900 million dollars across the continent. Flutterwave, African focused payment startup, raised $170 million last year. OPay became a unicorn after being valued at over $2 billion, and Senegal’s Wave has joined the train. Even to a casual observer, 2021 was a massive year for the African tech ecosystem. There were more disclosed funding rounds than we could keep up with. A report by Briter Bridges shows that startups on the continent received over $4 billion from investors in 2021. That represents more than double the investments gotten in 2020. However, fintechs represented 62 per cent of the total investments raised. Why? Since traditional banks have hunkered down, a plethora of fintechs and non-traditional financial service companies have expanded their activity during a pandemic and accelerated a move to online services. Traditional banks still own most of the markets. But to maintain their leadership status, they have to, in the long term, outperform fintech, which is already seeing participation from telecommunication giants, as well as the decentralized finance (DeFi) movement.

Fintech and DeFi both have a large potential market in Africa. The reason? Only 43 per cent of Africa’s population has a traditional bank account. With an urbanisation rate of 47 per cent, there isn’t enough infrastructure to drive inclusion through traditional banks. At the same time, mobile phone penetration is high on the continent, and sub-Saharan Africa is the world’s fastest-growing mobile phone market, according to GSMA. These two realities have created an open door for technology and are fueling its rapid growth on the continent. Consequently, in 2020, the number of registered mobile money accounts in the SSA region reached 548 million – up 12 per cent on the previous year – representing almost half of the 1.2 billion accounts worldwide.

What are the chances of extinction?

African banks are laden with multiple regulations. Last year, Ghana closed down 72 per cent of its microfinance institutions, introducing stringent regulations for banks to meet. Similarly, in Nigeria, the government launched the new Banks and Other Financial Institutions Act (BOFIA 2020) to strongly regulate banking transactions within the country.

Competition is rising against traditional banks. But for them to become extinct, it will mean that everything they have to offer is replaced by more efficient alternatives. Banking is a highly diversified industry. Banks categorize into retail, commercial, investment, cooperative, credit unions, savings and loans firms — referred to as thrifts. Despite the wide variance of financial services provided by banking institutions, the following services are typical to consumers and investors: lending, foreign currency exchange, consultancy, insurance, investments — managing securities between companies and investors, bank guarantees, remittance of funds, credit and debit cards, ATM services, mobile banking, private banking. Fintech firms currently provide all the core elements of consumer banking: lending, personal finance, remittances, consulting, insurance, foreign currency exchange, among others (not without the support of traditional banking ledgers). However, corporate investments and corporate consultancy are still undisrupted by the surge of digital alternatives.

More importantly, traditional banks hold the advantage of age-long trust. For instance, a report by CR2 said about 67 per cent of banked customers in Nigeria had more trust in their bank than in fintechs. Nigeria is Africa’s largest fintech hub, but most people still have more faith in their banks. A lot of people are not ready to take their money from longstanding, government-backed institutions to 3-year-old VC-backed startups. And it’s not a misguided sentiment: banking at scale means you start having to deal with anti-money laundering, anti-terrorist financing and compliance. It also requires lots of risk managers and resources, which the banks have more of. Besides, fintechs are more exposed to cybersecurity risks than traditional banks. As a result, most fintechs today are building on the back of banks through partnerships. And this co-reliance provides banks with the opportunity to gain insight into digital solutions, allowing fintech startups to build consumer trust through their relationship with these banks. It also provides banks with ample time to replace legacy systems with modern infrastructure.

Will trade be the wild card?

Banks are increasing their continental reach. Nigerian banks, for instance, are showing a greater appetite for acquisitions, partly driven by sluggish growth in the domestic market. Access Bank, Guaranty Trust Bank (GTB) and United Bank for Africa (UBA) are all spreading their wings beyond the country in an attempt to build an Africa-wide bank network. Kenyan banks Equity Group, KCB Group and DTB Group have also actively grown their regional reach. Ecobank – a pan-African banking conglomerate headquartered in Lomé in Togo – has banking operations in 36 African countries.

The African Continental Free Trade Area (AfCFTA) creates an opening for both banks and fintechs to exploit. With 54 participating countries, it gives established African banks the opportunity to expand into other parts of the continent and for disruptive fintech startups to offer cross-country or pan-African financial services and payment solutions. It also gives room for banks to offer trade financing services.

Without a doubt, the future of finance is digital. But that does not rule out the traditional banking system. It only means that banks have to adapt quickly to the evolving space. In the end, it’s the consumer that wins from stiff competition, as they will have more options to choose from.