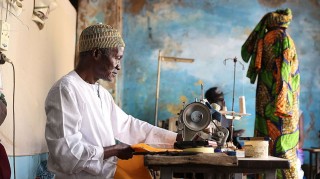 Wiki Loves Africa: Wikipedia’s call for an increased coverage of the African continent

“Of all the millions of subjects you can read about on Wikipedia, subjects relating to Africa have the least coverage.” – Wikimedia

Every year, Wikimedia Commons, an online media repository of the Wikimedia Foundation, and the movement behind Wikipedia, organises an international photo contest around specific subjects and places with the tag “Wiki loves….” From Wiki Loves Monument and Wiki Loves Earth to Wiki Loves Africa, the best of the pictures submitted are often used to illustrate articles on Wikipedia and other Wikiprojects such as Wikinews, Wikisource, Wikivoyage, etcetera.

With a theme on African cuisine, Wiki Loves Africa was launched in 2014 to garner media content from around Africa. The public annual photo contest often held for two months in the last quarter of the year, encourages African participants to contribute media contents, photo, video, and audio that illustrate a specific theme for the year. Last year’s theme was on “Cultural Fashion and Adornment” and required media that reflected African dresses, jewellery, and locally influenced fashion.

“Music and Dance” is the theme for the 2016 Wiki Loves Africa photo contest which started on the 1st of December 2016 and will end on the 31st of January 2017. Participants are required to submit photos, videos, or audio recordings “that promote Africa’s rich heritage and culture expressed through music, song, dance, and movement.” The winners will in addition to a year’s subscription to Adobe Creative Cloud Photography Plan, and a portable power pack get $600 (first prize), $400 (second prize), $200 (third prize), and a community prize of $200.

According to Wikimedia, participation in this contest is highly encouraged and quite significant, as it would help boost the coverage of the continent on Wikipedia. “We need your help to show the richness, difference, and beauty of Africa.

How to enter the competition

All photos must be taken by the person submitting them and submitted only within the duration of the competition. However, participants can submit media that was taken at any time. All photos must be signature or watermark free. And participants should enable their e-mail on Wikimedia Commons so they can be contacted should their image be chosen for a prize.