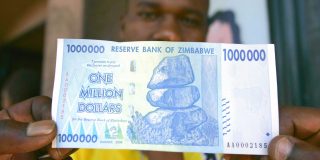 Why Zimbabwe’s economic woes may cause companies to pull out

For months now, Zimbabwe’s hydropower station at Lake Kariba has decreased in its power generation. The dam which has been supplying the country with an average of 542 megawatts has been hit by low water levels which, in turn, has had a massive impact on the country’s electricity.

“We have very little in terms of rainfall influence into the lake and we have reached a point whereby the power generation has scaled down. If we do not scale down, we may have to shut down the entire situation around October because we won’t be having water,” said the spokesman for Zimbabwe’s Electricity Supply Authority (ZESA).

Due to this rainfall decline, the country was forced to implement 10-hour-a-day power cuts to reduce risks of running out of power completely in a few months. Some even complained that it lasts only 4-6 hours.

This shortage of power does not only affect individual and homes but has had negative implications on companies, especially ones whose output is centred around electricity.

Mining industries, manufacturing companies, cable providers, local organizations are not left out of this power cut. Business Day reports that some miners have been asked to import their own power, a move that could double their costs.

“In this economy, we cannot be paying for services which we cannot get. It is not DSTV’s fault but that of the power utility (ZESA). To make matters worse, the subscriptions are in foreign currency, so I can’t be throwing money down the drain,” said Abel Mangwiro, a DSTV subscriber.

To compound the ailing condition, other areas of the country has been plunged by a shortage in foreign currency, high fuel prices, and hyperinflation. This present economic meltdown makes it almost impossible for organisations to operate in Zimbabwe.

Most companies are losing customers and operating below capacity which is causing a downsize in profit. Until the government finds a permanent solution, players in most industries are at the brink of shutting down.