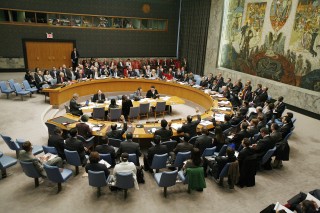 Why the reform of the UN Security Council is inevitable

During the just concluded 71st United Nations General Assembly, the call for the reform of the UN Security Council was at its peak again. Many African leaders, among others, stressed the need for the Council to reflect “equitable and fair representation and greater transparency, legitimacy, and inclusiveness in its decision making.”

Last Wednesday, Nigeria’s president, Muhammadu Buhari told other world leaders that “Africa should be adequately represented on the United Nations Security Council in the permanent member category.” Pushing for the same outcome was President Ernest Bai Koroma of Sierra Leone. He insisted that “without the decisive contribution of [Africa], the continent that is mostly affected by Security Council decisions, no solution proffered to our challenges by the UN would be sustainable, inclusive or lasting.” Leaders from Angola, Gambia, Zimbabwe and Lesotho among others also emphasized the need for the Council’s urgent reform.

In January, the Committee of Ten African Heads of State and Government on the Security Council reforms met in Namibia. Part of its resolves at the meeting was to continue to push for the fair representation of Africa in the Council.

The call for the reform of the Council has been on for a while. In 2004, the then Secretary-General of the UN set up a high-level panel to look into the ‘threats, challenges, and change convened to produce a blueprint for Security Council reform’. The panel’s report agreed that it is necessary that the Security Council be reformed, but the reforms should meet certain principles.

The Panel believed that a decision to enlarge the Council was necessary. It, however, suggested two models for the distribution of additional seats, which should include four major regional areas; Africa, Asia, and Pacific, Europe and Americas. One of the models provides for the creation of six new permanent seats, with no veto power, as the current permanent members have. Two of these six new permanent membership slots were reserved for African countries.

It is important that the United Nations yields to the consistent calls for the reform of the Security Council. This will save the possible collapse of the system and strengthen its credibility. Decisions of the Council tend to affect African countries the most, but the continent seems not to have a strong voice in the decision-making process. In no time, the concerns that Africa has always been the target, with decisions made solely by Western countries will be a talking point.

Lately, the International Criminal Court (ICC) has not been in the good books of many African leaders because most of its prosecutions and trials have been that of Africans, while people from other countries outside the continent seem to be spared from the exercise of the court’s powers. If the Security Council does not want to outlive its usefulness and relevance in the sight of African countries, the United Nations needs to urgently consider the call for the Council’s reform.