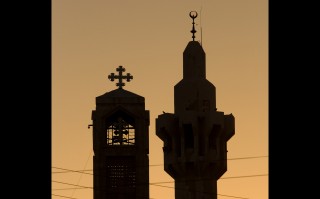 “It’s historic. Yet we don’t seem aware of that fact.”

Nigeria will be 56 in about a month and one of the most significant strides the country appears to have made in improving its sociopolitical identity, in recent times, is in trying to address its infamous religious differences. For the first time in Nigeria, two of the most prominent religious faiths have been brought together through the establishment of an interfaith centre in Kaduna State.

The International Centre for Inter-Faith Peace and Harmony (ICIPH) was opened on August 19 with a main objective of documenting “interfaith relations to inform national and international policy-making.” Two notable religious organisations, the Christian Council of Nigeria and Jama’atu Nasril Islam, were instrumental in the creation of the centre which was officially inaugurated by the governor of Kaduna State, Mallam Nasir el-Rufai. Several top religious leaders in the country were also present.

Speaking at the inauguration, Governor el-Rufai commented on the role of religious leaders in promoting interreligious peace in Nigeria and why he is happy to support the purpose of the centre in promoting that peace. The governor’s comments highlight why the centre is significant because it is preceded by the efforts of the religious organisations behind the move to eliminate the destructive religious conflict in the country through dialogue and cooperation.

Interreligious conflicts are one of the banes of Nigeria’s existence and barriers to advancement. To begin with, Kaduna itself has witnessed around 20,000 deaths due to religious conflicts in the last 30 years, becoming one of the most infamous parts of the country for such incidents. And just last week, a polytechnic student’s “blasphemy” led to a dispute that resulted in the death of eight people in Zamfara State.

Nigerians are also quite aware of several other torrid instances, both past and present, where riots, lynches, and large-scale violent conflicts have taken place at different times in the country, costing lives, displacing people, and generally stagnating socioeconomic activities in the country. Yet, in the midst of all these events, religious leaders, who tend to have a strong impact on their followers, have proven powerless in mitigating the easily-riled religious climate in Nigeria. The new interfaith centre in Kaduna seeks to combat this setback.

“We have come here as pilgrims, Muslims and Christians, to seek the will of God for justice and peace,” said Reverend Dr. Olav Fkyse Tveit, General Secretary of the World Council of Churches. “The peace centre is not simply a building, but a catalyst for hope and change for the future.”

The centre has been in the works since 2014, and religious leader, Cardinal John Olorunfemi Onaiyekan, believes that it is a potential model for conflict resolution, not only in Nigeria, but in other parts of the world.

Nigeria’s immediate future lies in the hands of the youth but, if unnecessary factors, such as religious differences, continue to get in the way of what should be a collective dedication to progress, then we would develop a chasm wide enough to divide us for good.