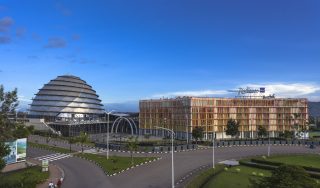 Andela announced the opening of its new hub in Rwanda this week, a venture which holds huge ramifications for the development of talented software engineers on the continent. Partnering with the Government of Rwanda through the Rwanda Development Board, Andela’s new hub presents a new pan-African perspective to training software developers on the continent.

While speaking with Ventures Africa, Seni Sulyman, who is Andela’s Vice President for Global Operations said Andela has solved a fundamental problem to training software developers on the continent.

“Over the past four years, we’ve gotten thousands of applications from individuals based in countries where Andela is not yet operating, and they’ve been unable to relocate given visa restrictions,” he said, explaining how the growing tech scene in Africa is being prevented from being world class by a few setbacks.

“…Now, with the launch of a pan-African hub in Rwanda, a country with flexible work permits for all African citizens, anyone on the continent has the opportunity to join Andela.”

The President of Rwanda, Paul Kagame, who is also the African Union chair, is an avid advocate for regional integration, and the free movement of goods, people, capital, and services across countries on the continent. He also pioneered the drafting of an African Continental Free Trade Area deal, as AU chair, to be signed by AU countries, and to help facilitate intra-African trade on the continent. It is estimated that the AfCFTA could increase trade between African countries by 52 percent in 2022. A key feature of the AfCFTA will be visa-free travel for Africans within Africa.

Rwanda is the only African country with a visa-on-arrival policy for all African countries. Visitors from countries in the Common Market of East and Southern Africa countries  (COMESA) receive Visas on arrival, valid for 90 days, while visitors from other African countries receive visas on arrival for 30 days except for citizens of Mauritius, and the Democratic Republic of Congo. Getting a permit to work Rwanda, and especially in companies like Andela, is relatively easy too, with Rwandan embassies in many countries on the continent.

Andela’s new center in Rwanda aligns with its mission “to grow and sustain a pan-African elite tech workforce.” Presently, Andela has more than 700 developers in its centers in Lagos, Kigali, and Nairobi. It hopes to train at least 500 Rwandan software engineers, and many more from around the continent in its new center in Kigali, swelling the number of African developers in Andela to more than a thousand. “Andela Kigali will be a testament to the fact that brilliance is evenly distributed,” Seni said.

Andela still has plans to open more centers in other African countries, who seek an inroad into the growing tech scene on the continent. It says it is willing to collaborate with governments to create jobs for the youth in their countries. “In the past four years, we’ve opened centers in Nigeria, Kenya, Uganda, and now Rwanda. Andela continues to explore expansion to different African countries to scale access to Andela across the continent. We are open to conversations with key stakeholders about connecting high-end technology skills development with employment on the continent,” Seni said.

Andela will open applications to candidates from any African country looking to jumpstart a global career in software development in August of 2018, and launch its Kigali tech campus in December of 2018. It will also open applications for the Andela Learning Community (ALC), which provides free resources and mentorship to aspiring technologists, in Rwanda and Tanzania in August of 2018.