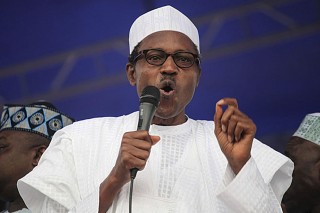 Why President Buhari’s fight against corruption must continue – APC

Last week, one of Nigeria’s prominent clergies Bishop Mathew Kukah made headlines and sparked a social media controversy for saying the anti-corruption probe by President Muhammadu Buhari was a distraction to good governance. This statement was not well received by members of the ruling All People Congress (APC) party, and a statement was promptly released by the party’s National Publicity Secretary, Alhaji Lai Mohammed to address the issue.

In the statement, the chairman appealed to Nigerians to desist from encouraging corruption, either by utterance or action. And also expressed the party’s unflinching support for the president’s fight against corruption. “Our party promised Nigerians change, but the change that we promised and which Nigerians desire so much cannot be achieved if we allow the resources that belong to all Nigerians to be appropriated by a few … President Buhari has promised to break the vicious cycle of corruption that has held Nigeria down. How can he do that if he allows those who have looted the treasury to escape justice …?”

The secretary added that individuals like Bishop Kukah are only seeking to sabotage the success of the Buhari’s fight against corruption. ”If they have any case of corruption against any member of the APC, they should forward their evidence to the appropriate anti-corruption agency. But to take to the airwaves and the pages of newspaper to use their paid agents to launch a campaign against the anti-graft fight is to fight against the very existence and survival of Nigeria.”

To further drive home their point, the party released a follow up statement yesterday 16th August, reminding Nigerians of the importance of the fight against corruption. First, the anti-corruption fight will lead to the recovery of huge sums of money to fund certain projects. “Truly, what sort of governance can go on if the billions of Naira in a few hands are not recovered? In the first instance, the government needs every kobo of the funds it can muster to bring about the change it has promised Nigerians.”

Secondly, money in wrong hands is power in wrong hands. As explained by the secretary in the statement, it is unsafe to leave “hair-raising funds” with thieves. Movements against the government can be sponsored by these culprits. ‘“Leaving such hair-raising funds in the hands of the few looters is dangerous, because they can use the funds to destabilize any government.”

For Nigerians to better understand the importance of President Buhari’s anti-corruption fight, the party proceeded to share shocking details of the loot acquired by members of the past administration.

Though the accuracy of these details could be subject to scrutiny, the party describes the list as “a tip of the iceberg”, as most of the stated loot cases are in the oil sector, and were long discovered even before current forensic audit being undertaken in some key areas.