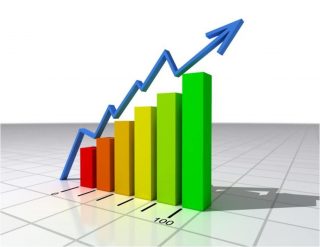 At the beginning of the month, the parliament of Somalia reached an agreement for presidential elections to take place on May 15th. The announcement comes over a year after President Mohamed Abdullahi Mohamed, known as Farmajo, was meant to leave office in February 2021. The delay was in large part linked to political skullduggery, with Farmajo being accused on several occasions of overt attempts to frustrate the electoral process.

In a time of global economic turmoil, Somalia is also being rocked by a political storm that yet feels far too common and normal in the region. If Sub-Saharan Africa is therefore to start a new chapter and truly recover from the economic damage inflicted by the pandemic, rising inflation and food scarcity – not least by attracting more foreign investment – it must redouble its efforts to tackle those who seek to undermine rules-based political and regulatory institutions.

In recent months, Somalia has experienced more than a few economic problems. While having hoped for post-pandemic growth estimates of 3.2% for 2022, higher fuel prices and wheat shortages have instead caused the Somalian economy to experience sharply rising inflation. The economic fortunes of Somalia, however, reflect broader trends currently sweeping sub-Saharan Africa. Despite a tentative post-COVID recovery, most countries in the region are suffering the impact of rampant inflation and the knock-on effects of Russia’s invasion of Ukraine on global food security.

But despite sub-Saharan Africa facing several new challenges, hopes of a strong regional recovery are made more remote by the constant presence of political instability. The symptoms of political instability can be varied. Among the main ones are attempts to manipulate the timeline or outcome of elections, with the intention of hanging onto power, just as is happening in Somalia.

This is, unfortunately, a rather common occurrence in the region. Even prior to the pandemic in 2019, Nigeria – a country among the more democratically inclined in sub-Saharan Africa – had delayed its elections just a few hours before the polls were supposed to open. In Cameroon, instead, the 2018 elections were marked with allegations of fraud and crackdowns on the opposition.

In the most extreme cases, political instability can normalize the use or threat of violence. In sub-Saharan Africa, this has been mostly evidenced in the form of military coups, with two attempted overthrows in the last four months: a successful one in Burkina Faso and a failed coup in Guinea Bissau. But the region has also experienced a resurgence in terrorist activity, with the Islamic State and Boko Haram especially active in the Sahel.

Disputed national elections or the threat of rising violence are, only the most overt manifestations of political instability. The bases of a rules-based society, however, are undermined every day behind closed doors by powerful individuals working to game institutions from within by changing or circumventing their rules for personal benefit – at the expense of overall positive progress for society.

Such manoeuvring was clearly on display within the boardroom of AFRINIC, a registry that performs an important governance role over Africa’s internet by distributing and keeping track of IP addresses. In a recent meeting convened to elect new board members, the assembly unilaterally decided not to propose a sixth nominee and instead extended the term of one of the board members. Despite violating the rules, the move allows board president Subramanian Moonesamy to cement control over the organisation in what a dissenting member decried as a ‘coup’ that went against “internal and external legal advice.” The move is only going to exacerbate mounting criticism of AfriNIC for its role in holding back African digital development and its arbitrary approach to its mandate.

Another example came in July last year when Nigeria decided to withdraw from the Maritime Organization for West and Central Africa (MOWCA). In an apparent power play, several members decided to simply ignore the rules that had been agreed to nominate the Secretary-General of the organization.  Nigeria’s delegation – which had been the only one to present a candidate fulfilling all eligibility requirements – also released a formal protest statement denouncing “the promotion of illegality, disrespect for the rule of law and contravention of the rules”.

The consistent disregard for rules within regulatory bodies, political fora, and international organizations has naturally chipped away at the trust towards institutions in sub-Saharan Africa. The certainty of a rules-based society is systematically replaced by lawlessness and the reign of the arbitrary. Such a context naturally provides fertile ground for corruption to fester, as evidenced by the 2021 CPI study by Transparency International that found 44 out of 49 countries in the region are still plagued with issues of systemic corruption.

But this state of affairs chimes less well with foreign investors. Fearful of falling foul of all-powerful politicians or, even more simply, a regulator that arbitrarily decides to change the rules, foreign investors have increasingly decided that it is not worth the risk. Indeed, according to the latest stats compiled by the World Bank, FDI in sub-Saharan Africa has fallen by around $14 billion USD since 2015.

If sub-Saharan Africa wants to truly recover from the economic damage inflicted by the pandemic, inflation and war in Ukraine, attracting foreign investment will be essential. However, for this to happen, any serious plan must tackle the root causes of political instability that continue to clip the immense potential of the region.