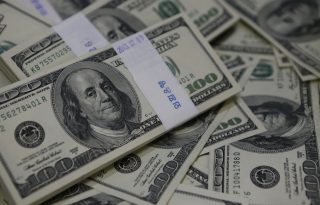 A monthly report released last February by the CBN, which was titled Gross External Reserves,’ read that the reserves stood at $36.6 billion at the end of February 2020, indicating a decline of 0.4 percent from $36.73bn at the end of January 2020.

The apex bank emphasized that the decline was majorly triggered by the unsteady foreign exchange market interventions and direct payments.

Foreign reserves play a principal role in the business market as it supports the local currency to reinforce its value and prevent inflation, thus creating a reassurance to foreign investors, who return to the economy.

Additionally, the feeble rate of the Naira against the Dollar might also be triggered by the reduction in the country’s foreign reserve. A few months ago, the federal bank devalued the Nigerian currency to maintain a fixed rate of from N360/$1 to N380/$1.

The CBN maintains that the external reserves position can finance four months of imports of commodities and services, or 6.4 months of goods only, using the import figure for the fourth quarter of last year.

Meanwhile, the Governor of the apex bank, Mr. Godwin Emefiele, stated that the Monetary Policy Committee meeting urged the government on the need to urgently reduce its reliance on oil stream and revenue by progressing into economic diversification and improving tax collection.