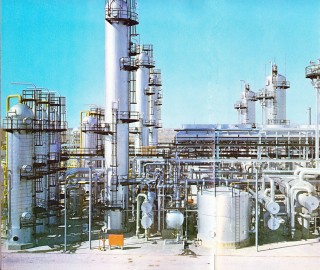 In Nigeria, despite declining exports, the oil and gas sector remains an integral aspect of the country’s economy.

Omnipresent throughout cities like Lagos and Port Harcourt, is the transportation of these resources. At 3.35pm yesterday, August 12, a Bristow Sikorsky helicopter returning from an oil rig, took a nosedive and crashed into a lagoon around Oworonshoki area in Lagos. It was flown by two pilots, and carried ten passengers. All the people on board have been accounted for, four of whom have been confirmed dead, with the rest under medical care. Their identities, however, remain anonymous.

It is uncertain what caused the fatal crash, as of now, but yesterday’s unfortunate event makes it the third time this particular company (Bristow) is recording such misfortune; the first time was in 2007, on August 3 –  the aircraft being barely two years old – and the second time was in 2011, on July 14. Both times the crashes occurred resulted in casualties.

Whether they are carrying people or products, these modes of transportation involving oil and oil industries have always presented certain risks to human lives, particularly in transit, with a fair share owing to negligence. Commuters throughout Nigeria regularly complain about these oil-carrying transportation agents, particularly on the roads, and the level of damage that they are capable of creating, and have come to be associated with. The above of which could either be attributed to the recklessness of designated drivers, or circumstance.

One of the major culprits when it comes to horrible traffic jams in Nigeria is the breakdown of a tanker, or one that was involved in an accident. Fatal or not. Just last week, on August 4, another accident involving a tanker and a trailer occurred on Ikorodu Road, spilling a large amount of fuel, although, mercifully, it claimed no lives.

These tankers usually look ill-maintained and on the brink of mechanical collapse, causing Lagosians driving on the roads to do their best to avoid them, while also commenting on another of the cons of these tankers as it affects them- bad roads, stemming from the generation of potholes and the likes. Another by-product of the presence of these poorly maintained tankers on roads, is the amount of carbon monoxide that they emit into the air, highly polluting it, and endangering the lungs of humans. Sadly, the bodies in charge of these moving disasters do not seem to notice the negative potentials, and the same seems to apply to the Nigerian government.

In our waters, a lot of the ships docked are also used in the transportation of oil and gas. Accidents might not commonly present a concern as with the tankers on the roads, but they exist, and largely to the credit of human error. Then there is the big issue of pollution of the waters, and that is common. A lot of the time, oil leaks from these ships, through one means or the other, contaminating the water, both for terrestrial and marine life. Other than contamination, oil leakage of any kind always poses a risk for fire outbreaks anywhere. Be it on land or on the seas. And leakage is a common feature with all of these oil-transporting means.

In 2012, about 200 people in Rivers State tragically lost their lives to a furious fire that emanated due to oil spilled from a trailer, when it veered of the road in an accident. The number of explosions around the coastal areas due to oil spills is on the increase. And then we have the issue of aircraft crashes, every now and then, as in the case of the helicopter accident that happened yesterday.

It is safe to say, that the modes of transportation used in the oil and gas industry need to be checked, and thoroughly improved upon, as they provide a trend and create patterns for most of the fatal accidents involving human lives that occur in Nigeria.