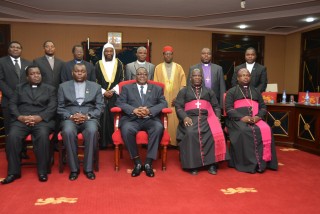 Why Christian leaders in Malawi are now supporting the abortion bill

The facts and figures surrounding preventable deaths as a result of unsafe abortion procedures in Malawi, have accounted for a shift in the stance of some of the country’s religious leaders. Christian leaders now show support for the proposed abortion bill (Termination of Pregnancy Bill) and a call to review and reform Malawi’s restrictive abortion laws.

In July 2015, the Malawian government drafted the Termination of the Pregnancy Bill as part of its efforts to reduce the high rates of maternal mortality, of which unsafe abortion accounts for 17 percent, much to the chagrin of the Catholic Church and other religious denominations and groups. The provisions in the abortion bill decriminalise abortions by allowing for women to terminate unwanted pregnancies under justifiable reasons such as rape, deformity, incest, or when the mother’s life is threatened.

Although the bill is yet to receive parliamentary approval, this move by the Malawian government was hailed by health experts and women in Malawi, and the country was termed a model to other African countries as it displayed an interest in women’s health. The bill also highlighted the fact that more African countries need to stop suppressing women’s rights by giving them the power to make the decisions as it affects reproduction.

Over 30,000 women lose their lives to complications arising from unsafe abortions each year. It is not that the cost of an abortion is very expensive but rather affordable. However, most of the religious leaders advocating against the bill were somewhat previously unaware of these figures. A lack of knowledge in religious circles was blamed as a major reason why a majority of religious leaders assume an aggressive stance when it comes to the subject of abortion.

A protestant church leader in Malawi, Prophet Amos Tchuma, opines that abortion is not the same thing as murder, as is the popular belief in religious circles. Additionally, he believes that rather than lose women to unsafe abortions, their lives could be saved through the new liberal laws and the church can take the opportunity to counsel them after.

As at last month, the Catholic Church leaders in Malawi reiterated their stance on the matter by accusing the Malawian government of giving in to foreign pressure and promoting a “culture of death” in the East African country.

However, the recent change of heart of a number of Malawian pastors has led them to label the opposing group as hypocritical and ignorant. The World Health Organisation backs this statement with statistics which reveal that a lot of the poor African countries which do not practice flexible abortion laws and record high mortality rates are stuck with reproductive laws that have existed since the colonial era.

According to Prophet Tchuma, there is no need for a girl who was raped to be jailed for not wanting the resulting pregnancy, neither do women need to keep putting their lives at risk by using harmful tools and processes to induce abortions.