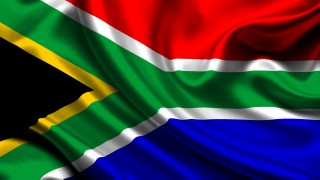 Why is economic suppression still a present discussion in South Africa?

Two men took us back in time with their display of dastard and guile racism when they shoved a black man into a coffin, threatening to set it on fire as he pleaded for mercy. According to them, he was trespassing on a farmland,(which originally did not belong to them in the first place). During the apartheid, whites stripped blacks of their farmland and land in general, but 22 years after apartheid most of the rich farm lands, jobs and estates are still owned by white people.

This 20-second attack by Theo Martins Jackson and Willem Oosthuizen, recently started circulating on social media and has caused  a lot of outrage in South Africa. Both men were arraigned in court and have been charged with kidnapping and assault with intent to cause grievous bodily harm. But prosecutors have postponed their case saying that they needed to investigate and “authenticate” the video. I wonder if they had to authenticate the victim, Victor Mlotshwa’s existence too!

“There’s a pathway through the farm to the township where I live and many of us walk through there. I tried to explain to them why I was there and they just kept beating me. They threatened to pour petrol on me, I pleaded for mercy and they wouldn’t listen. I have nightmares about that day. It traumatized me.”  But however traumatizing this ordeal was, he did not have the courage to report it until the video recently started surfacing on the internet. And this can be attributed to the pungent and violent form of racism perpetrated by white farmers to their workers who have stripped their workers of the right to have a voice.

“We have a difficult time as black workers in this community and we are afraid to speak up, we don’t want to lose our jobs.” Bheki, a farmer said. He was one of the protesters outside the court carrying placards with the words “racism must fall” inscribed.

Victor’s case is simply a violent reminder that apartheid, unlike 22 years ago, has found a new and convenient way to stay in their system. Racism is a part of the South African diet; when they are not being shoved into coffins, they are being called “monkeys” or silenced economically and socially.

A few months ago, some Black school girls in South Africa were shamed and threatened with suspension for growing out their natural hair because it is considered “too busy”. In the real sense, what they meant to say is that their hair wasn’t Western enough. This is not the only kind of institutional racism that is prevalent in South Africa.

In a quiet town in South Africa called Orania, only Whites are allowed to inhabit the area. The spokesperson of this town is of the opinion that Blacks are not allowed to inhabit the land but can come around to visit. They have claimed that this is not a racist decision but a means to preserve their “Afrikaner culture which is under threat,” hence they have decided to keep it strictly as a White neighbourhood.

“We don’t practice any form of racism in Orania, we are just protecting our Afrikaner culture which is under threat,” Carel Boshoff IV, Orania’s boss said.

Some White South Africans are of the opinion that Apartheid ended way too early.However this sounds a lot more like a superiority complex crying out to regain lost control. In early January, Penny Sparrow, a real estate agent, fanned the embers of racism in South Africa when she referred to Black people on the beach she visited as monkeys.

“These monkeys that are allowed to be released on New Year’s Eve and New Year’s Day onto public beaches, towns etc., obviously have no education whatsoever, so to allow them loose is inviting huge dirt and troubles and discomfort to others. I’m sorry to say that I was amongst the revelers and all I saw were black on black skins. What a shame. I do know some wonderful and thoughtful Black people. This lot of monkeys just don’t want to even try. But think they can voice opinions about [a] statute and get their way. Dear, oh dear.”

In South Africa, it has been discovered that Whites have better jobs, a higher level of education, and are more likely to get employed. A clear economic disparity was shown in a 2012 census data. According to the data, Black South Africans earn an average of $3,641 per year while White South Africans earn $21,932 per year.

In May, South Africa passed a bill that will expropriate land from owners to the state (who will be compensated) and will be redistributed to black people who were the original owners of the land pre-apartheid. According to the ruling party, African National Congress  (ANC), this move is to address the disparity between white and blacks in the country. But they need more than a bill. There is a need to create a system where Whites do not have the power to economically subdue a whole race. South Africa ought to take steps to criminalise racism along with reeducating people whose minds have been poisoned with the idea of superiority.

The newly established Anti-Racism Network South Africa is a mechanism originated to deal with racism. It’s simple slogan is “racism is wrong” and they couldn’t be more accurate. The segregation of an individual because of his/her skin colour is almost comical and should not be condoned.