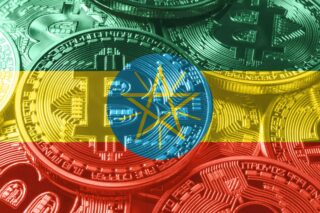 Why Ethiopia is moving from banning crypto to regulating it

In June, Ethiopia joined the league of crypto-antagonistic countries when its central bank issued a statement calling crypto transactions illegal and warning people to avoid using them. The bank claimed that only the birr, Ethiopia’s native currency, can be used to settle transactions in the country.

But now, less than three months after that declaration, Ethiopia’s government seems to be having a rethink. Instead of shutting out cryptocurrencies, it wants to regulate the space. Hence, it gave a 10-day ultimatum for cryptocurrency operators to register with the national cybersecurity agency—the Information Network Security Administration (INSA).

This move makes Ethiopia the second African country to reverse a hostile stance on crypto this year. At the end of June, Morocco became the first member of the MENA region to walk back on its crypto ban. Morocco sought to curb social risks like terror financing and money laundering while fostering innovation and consumer welfare.

In Ethiopia’s case, it’s more of a fight against cybercrime and fraud. Through its registration scheme, Ethiopia wants to be the first African country to offer investors protection from criminal crypto enterprises from a cybersecurity perspective. INSA announced in June that it had thwarted 97 per cent of cyber-attacks on various institutions in the country since July 2021, saving the nation $26.3 million.

“There is interest among individuals and entities in providing crypto services including mining and transfer,” INSA said while warning to prosecute players who fail to register.

Cryptocurrency exchanges can become the target of cybersecurity hacks as they process and hold large volumes of digital assets. The most notorious example is the multi-million dollar hack of a Japanese crypto exchange Mt. Gox in 2014. In Dec. 2021, hackers made off with $200 million from Bitmart, another trading platform. The Internet Crime Report by the FBI shows that illicit use of cryptocurrency sits among the top three reported cybercrime incidents globally.

Awareness of cybersecurity is increasing among African countries. Togo makes a notable example of an African nation taking proactive steps to secure cyberspace activity. However, no one has moved their focus to cyber attacks hidden in online crypto marketplaces. Ethiopia wants to lead this front, and it has good reasons — it can’t keep people out of the market.

Despite the government’s frown on cryptocurrencies, Ethiopia has not slowed crypto adoption. The country has the seventh highest number of crypto holders in Africa, with 1.8 million bitcoin traders.

Ethiopians are seeking alternatives to their weakening currency. In June, the central bank said it detected a rise in the use of cryptocurrencies and other virtual assets and warned against it. But that same month, the Ethiopian birr lost 26 per cent of its value against the dollar on the black market.

Cryptocurrencies give easy access to the dollar, which has been scarce in Ethiopia. Importers have been going to the informal market for their dollars because the government reduced foreign-exchange allocations to the private sector. Consequently, there’s a growing arbitrage. The birr trades at 52.5 per dollar on the official market but is 82 per dollar on the informal market.

A civil war erupted in late 2020, costing Ethiopia donor support and duty-free access to US markets. Recently, the civil war resumed, so the dollar is not likely to get any cheaper anytime soon.

More so, Ethiopia’s inflation is spiralling out of control. Annual inflation jumped to 37 per cent in April — its highest since November 11 — before easing to 33.5 per cent in July. Ethiopia has the third-highest inflation rate in Africa, per Statista.

The popular narrative about cryptos is that they are censorship-resistant. But while that may have its upsides, Ethiopia is not wrong to be worried about user safety. In May, Uganda conducted a countrywide crackdown on payment providers facilitating crypto transactions after 5,000 victims lost approximately $2.7 million through Ponzi schemes. Between October 2019 and February 2020, five cryptocurrency companies in Uganda closed their doors, taking $26 million worth of customer funds.

However, Ethiopia can’t take the same drastic decisions as it might backfire. While it seems sceptical about digital currencies, Ethiopia is exploring innovative uses of blockchain technology. Last year, Cardano, one of the largest blockchain firms, partnered with the Ethiopian government to build a national identity system with blockchain technology. And while there has been plenty of backlash against Cardano’s operation in the country, Ethiopia would need to adopt a wait-and-see strategy. So having oversight is a necessary truce with the crypto space for Ethiopia while it figures out where to stand.