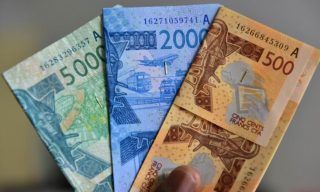 The Economic Community of West African States (ECOWAS) in collaboration with several Heads of State and governments are set to introduce a single currency called “Eco” which is expected to be implemented in January 2020.

This currency was arrived at during the bloc’s 55th Ordinary Session held in Abuja over the weekend. Eco will solely be the acceptable currency by all West African states, hence the likes of Nigerian Naira, Ghana’s Cedi and every other currency currently in use by nations in the region will be replaced.

“At a ministerial level, we’ve established a road-map for the establishment of a new currency,” Ivory Coast’s Finance Minister, Adama Kone, stated.

The adoption of this legal tender is aimed at promoting economic and trade relations among member states in the West African region. As seen in more developed regions, intra-bloc trade relations and overall integration can be enhanced with the use of a single currency.

While this initiative might seem like a good idea on the outside, it is important that several other factors be considered ahead of implementation.

One issue with the idea of a single currency is the huge disparity in the economic strength of every individual country in West Africa. A single currency will make it impossible for countries to control monetary policy, exchange and interest rates in order to respond adequately to economic conditions at the individual level.

Furthermore, granting external bodies the right to dictate fiscal policy may deprive apex monetary institutions like the Central Bank of Nigeria (CBN) and the Bank of Ghana (BoG) the freedom  to formulate and implement significant economic decisions. This is a threat to their sovereignty.

As far as regional trade goes, having a single currency would not have much effect without putting in place other necessary inputs needed for a truly robust regional trade such as infrastructure.

“The common currency on its own will not necessarily make doing business any easier than it is now. If policymakers see the single currency as the magic wand for boosting intra regional trade, they will be disappointed,” Adewunmi Emoruwa, a policy analyst told Al Jazeera.

A case study of where this policy was equally implemented is the European Union (EU). Although it appears like a huge success and an exemplary feat worthy of emulation by other regional bodies, the New Yorker reports that not only did the idea fail, it left most countries with low growth, high unemployment and popular disaffection. This is despite the level of advancement in EU member countries.

If any lesson is to be learnt from the case of EU’s single currency challenges, it is that an idea, no matter how brilliant, cannot be truly successful without the right institutions to sustain it after implementation.

To be realistic, West Africa (nor Africa) does not even have solid institutions or policies to properly implement and sustain a single currency, and is still a long way down in the ladder of economic integration.