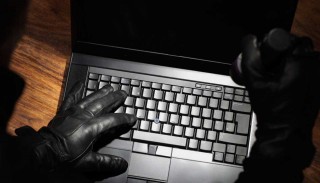 In the first half of 2016, cyber fraud attempts in Nigeria reportedly increased by at least 1,000 times compared to the previous year.

At a workshop on Cybercrime and Forensic Investigation in Abuja on Wednesday, Prof. Olu Ogunshakin, an expert with the Department for International Development (DFID), said Nigeria loses N127 billion to cyber crimes yearly, and Nigeria’s National Information Technology Development Agency (NITDA) estimated that the local population lost $450 million to digital fraud in 2015.

The increase in cyber crime has been more rapid in Lagos and other major African cities such as Cairo, Johannesburg, and Nairobi than in any other area of the world. As internet services have become more readily available and usage has grown in Nigeria from 23.9 million in 2008 to 82.1 million in 2015, the country arguably bears the greatest risk on the continent for cyber-related offences including fraudulent financial transactions.

Cyber crime has become a threat to government and corporations worldwide and data breaches are now considered one of the leading risks to businesses today. Cyber theft has accelerated in recent years as evidenced by a series of hacks across the world. International targets, including the US Federal Reserve, the Central Bank of the Philippines and Qatar National Bank (QNB) in Doha, have all been subject to notable security breaches.

Despite the fact that Nigeria’s cybercrime act which defined the legal consequences faced by individuals and corporations found to be in violation of the law was finally voted into law in May 2015, questions remain as to whether the government and corporations are doing enough to ward off cyber threats and enhance digital security.

The proliferation of Internet services, a relatively under-educated population and the non-existence of digital guidelines set the scene for illicit cyber activity to take place with little resistance. Such crimes “pose a significant and growing threat, with tens of thousands of companies victimised in recent years,” Noboru Nakatani, executive director of the Interpol Global Complex for Innovation, warned in a statement. Tope Aladenusi, a partner at Deloitte Nigeria, says that the cybercrime act “is a welcome development but many key stakeholders such as the judiciary and law enforcement agencies are yet to come up to speed in understanding and implementing the act.” A national policy on information security and guidelines to monitor internet activity have yet to be developed and as such cybersecurity may be a problem for years to come.

The United States spends over $10 billion annually on cybersecurity issues, yet they are not immune to these attacks. The US formally accused Russia of hacking the Democratic Party’s computer networks. Sony pictures and Yahoo also fell victim to high-profile cyber attacks. The attack on Yahoo affected up to 500 million accounts and remains one of biggest thefts of online users’ personal information. Nigeria, which devotes significantly fewer resources to cyber security, may be susceptible to greater and less sophisticated threats. Phishing emails, which is a type of social engineering remains the most common form of cyber attacks in the country and Deloitte forecasts that phishing emails will have risen in 2016 and may possibly have become more sophisticated.

The bank verification numbers (BVN) put in place by banks last year should assist in the fight against cyber crime, as criminals can be more easily traceable. This, in combination with the presidential order introduced in 2015 that all ministries department and agencies harmonise their databases, will better position the government authorities to track and investigate perpetrators of cyber crime. Cyber threats remains an international problem as the Internet is, for the most part, a borderless communication tool any lasting solution must involve global collaborations. Nonetheless, Nigeria must do its part to combat cyber crime that has arguably

Cyber threats remain an international problem as the Internet is, for the most part, a borderless communication tool. Any lasting solution must involve global collaborations. Nevertheless, Nigeria must do its part to combat cyber crime, which is said to be a bigger threat to a nation’s security than terrorism. An effective response to digital crimes would require a concerted effort to by the government to improve specify and improve data protection legislation, information security standards, develop robust network security, increase the use of encryption, and other tools of threat protection and detection.

An effective response to digital crimes would require a concerted effort to by the government to improve specify and improve data protection legislation, information security standards, develop robust network security, increase the use of encryption, and other tools of threat protection and detection.