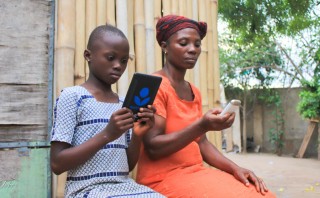 Why competition in mobile innovation is good for consumers

The Global Entrepreneurship Summit concluded in Nairobi recently, with Presidents Obama and Kenyatta citing the mobile money service MPESA as a key innovation.  While Kenya has been at the forefront of mobile money globally, the lack of competition in this mobile and financial services sector has not helped Kenya’s poorest consumers—those who might benefit the most from these services.  The phrase ‘tuma na ya kutoa’ meaning ‘send with withdrawal fee’ is very common among the low income population who use MPESA service, which charges upto Kshs. 330 in fees.

As an entrepreneur who integrates mobile technology in bringing various innovations to the mostly poor, low cost mobile money service is critical to lessen the burden on consumers to afford products. At GreenWize Energy, we want to ensure more poor households have access to solar lighting products- and it makes it more costly if consumers have to pay exorbitant transaction fees on top of the installments they pay for the products.

The entry of Equity Bank into the mobile money market will create healthy and badly needed competition, considering that Kshs. 2.37 trillion is transacted annually via mobile money in Kenya.  In late July, Equity Bank in Kenya officially launched its mobile telecommunications service, dubbed Equitel. A month earlier, a high court in Nairobi threw out a challenge by Safaricom on whether the thin SIM technology that Equitel plans to use was secure enough. The new technology, however, allows existing customers on Safaricom or any other mobile phone network to use Equitel services without purchasing a new phone.

Many of the 10 million Equity customers are also part of the 23 million Kenyans who continue to use Safaricom services, because most of their friends and family use the same network. Money transfer via Equitel from one mobile phone or bank account to another within the Equity ecosystem will be conducted free of charge. Users will be charged 1% of the value they send to other platforms, however, with the maximum fee capped at KSh 25. Safaricom charges both the sender and the receiver of the funds via MPESA—which can add up to Kshs.195 for a transfer of Kshs. 10,000. The fees to send money from MPESA to other operators are even more expensive, and can cost up to Kshs. 303.

Safaricom has already been threatened by the entry of equity- recently, it has raised charges for the transfer of funds from customers’ bank accounts to third-party M-Pesa wallets, sealing a loophole that lenders have been using to by-pass the mobile phone company when sending money. It started implementing the new fees to Equitel customers but reversed its decision till December after outcry from competitors and the public.

Healthy competition benefits consumers in more traditional mobile uses as well. Recently, Airtel introduced the Unliminet tariff where consumers pay a flat rate to get a bundle of services- minutes to any network, SMS and data. For the same amount, consumers get more services on Airtel than on Safaricom. This development forced Safaricom to change its data plans, reducing the price and making the validity period longer.

How does this play out on the ground? Mama Rael, who leads a women’s group in a small village in western Kenya supported by Sustainable Development For All, saved over 50% of her calling costs in the last 2 months. The cheaper mobile money service not only boosts her finances; these saving will be channelled towards an income-generating venture such as livestock keeping or horticulture farming. Previous research has shown that an increase in access to bank branches in Kenya resulted in an increase in use of bank services and lending to Small and Medium Enterprises like Mama Rael’s.

Equity Bank has been at the forefront of financial inclusion. Before it entered the space, most banks traditionally targeted the high-income segment of the population. But Equity Bank, whose only requirements to open a bank account are an ID and a photo that can be taken in the branch itself, rightly wants to broaden its customer base. By contrast, foreign banks, such as Barclay’s, required a minimum balance of Ksh. 20,000, a prohibitive amount for the lowest-income segment of the population. Because of competition from Equity and others, most banks have been adopted more inclusive policies, only requiring identification and a photo to open an account.

Financial inclusion is a welcome trend. The last half decade has therefore seen a massive increase in access to financial services in the country. Deposit accounts have, for example, increased from about 2 million to 18 million while loan accounts have increased from 1 to 3 million since 2007.

Moving forward, we need even more innovation in the financial and mobile services markets to serve those who need it most. While Safaricom continues to innovate through mobile loan service Mshwari- which depends on Commercial Bank of Africa and charges 7.5% interest for each loan taken– we expect Equity to offer cheaper mobile loans to consumers. As a bank itself, does not require any other partner.

With insurance penetration below 5% in Kenya, mobile service providers are offering innovative pricing models to help resolve unmet needs. Airtel, for example, offers subscribers life, accident and hospitalization coverage depending on the airtime they will have used in the previous month, which benefit low-income people the most.

Therefore, as we continue to encourage innovation and inclusive growth, it is important to encourage healthy competition in the technology and financial sectors. The solutions generated by mobile providers ensure that even the poorest people can benefit from the growing economy.

Evans Wadongo is a Kenyan engineer, the Co-Founder of GreenWize Energy Ltd, the Executive Director and Founder of SDFA-Kenya, and one of CNN’s top ten heroes of 2010. He is also a 2014 Aspen Institute New Voices fellow.