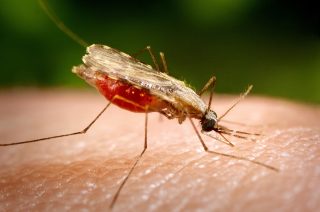 Why businesses need to fund malaria control in Africa

Twelve billion dollars, or almost half of Senegal’s GDP in 2021. This is the estimated direct economic loss due to malaria each year in Africa.

Malaria is still taking a heavy toll on Africa and remains a major threat to its development. In 2020, 627,000 men, women and children were killed by malaria according to a WHO report. An estimated 241 million people were affected by the disease over the same period, representing 14 million more than in 2019. Almost all victims live in sub-Saharan Africa.  Besides the undeniable human impact, malaria also has a, less obvious, considerable impact on the economy and businesses.

Employee absence, drop in productivity and rising costs of health care services impact our businesses, either substantially or at the margin. Furthermore, malaria weakens the purchasing power of our communities.  African households are estimated to lose up to 25% of their income due to malaria. Unless urgent action is taken to eliminate malaria, this human and financial haemorrhage is likely to worsen in the years to come.

Sadly, international funding for malaria elimination is becoming increasingly limited. According to WHO, a minimum investment of $10.3 billion per year in the malaria response is required to eliminate malaria by 2030. In 2020, only 30% of this amount was invested globally in the fight against malaria. This lack of funding is having a devastating effect!

Faced with the urgency, it is essential to mobilise domestic resources in our countries to accelerate the response to malaria. The process is already underway in several African countries where governments, such as the Benin Republic, plan to double their national resources allocated to the fight against malaria by 2023.

Private sector as an essential lever

The scale of the need makes it essential that Africa’s private sector contributes to these national funding efforts to eliminate our common threat and support our communities to reach their potential. When Ecobank Group, in partnership with Speak Up Africa and the RBM Partnership to End Malaria, launched the “Zero Malaria Businesses Leadership Initiative” in 2020, it was designed to serve as a springboard for African businesses to get involved.

In two years, the initiative has become the spearhead of private sector involvement in fighting malaria in Africa. Across the target countries, 1.3 million dollars and nearly 60 companies have already been mobilised! This is an amazing success, but still far from what is needed to eliminate malaria.

Today, we are at a critical point in fighting malaria. We must increase the number of private sector companies involved in funding the fight against this scourge, multiply partnerships and diversify actions. More than ever, the intensity of the response must match the scale of the problem. It is only through the strong and continuous commitment of all actors, including the private sector, that this common threat can be overcome.