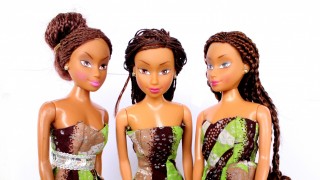 Why black dolls in Africa matter

To correct the perception of only little representation of the African child in the toy industry, Maite Makgoba, a South African entrepreneur created a line of dolls —Momppy Mpoppy which showcase the variations of Africans’ skin colour. Makgoba hopes that her coily kinked black dolls will encourage tolerance and acceptance for young girls of colour around the world. 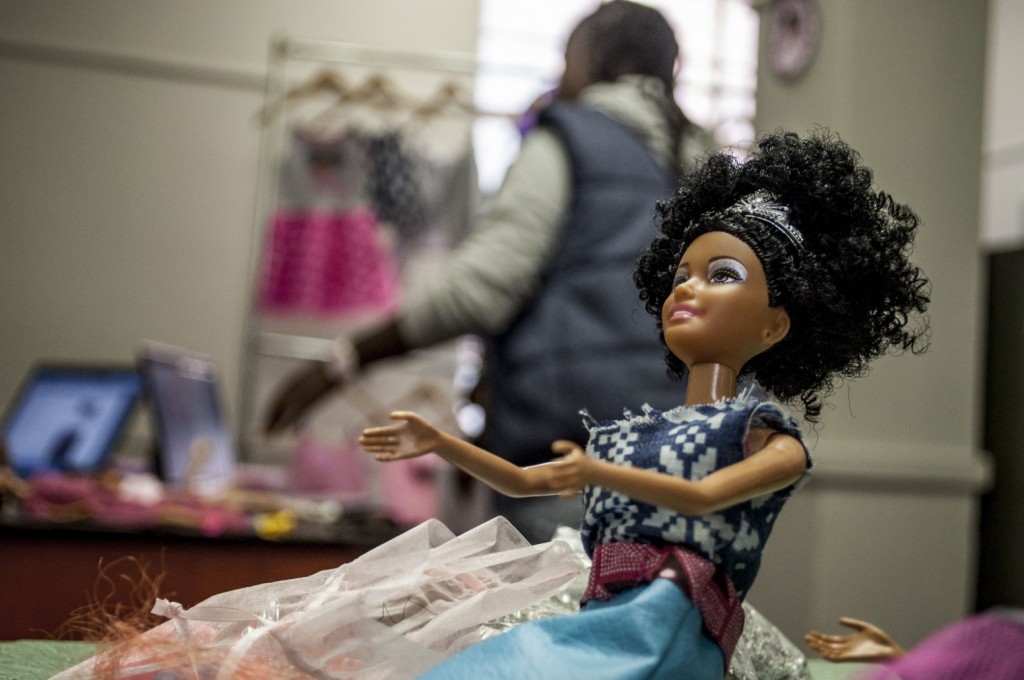 Research continues to show that there is still a warped perspective on how beauty is defined. In the 1940’s the Landmark Doll Test was conducted to measure how segregation between the white and black people affected African-American children. The children were asked to choose between white dolls and white dolls painted brown. After the psychologists had asked series of questions, they discovered that most of the children preferred the white dolls.

Over 60 years later, Professor Margaret Beale Spencer, a researcher in the field of child development together with her team, conducted an experiment similar to the Landmark doll test on a mix of black and white children. A total of 133 children were tested and the results show that white children associated positive attributes with their skin colour and attributed negative attributes to the black children.

Mattel, the makers of the world famous Barbie doll contributed to Operation Bootstrap Inc., which sponsored the founding of several black companies back in 1965. His contribution then, enabled Louis S. Smith II and Robert Hall to launch one of the first toy companies focused on making black dolls- Shindana Toys. Shindana dolls were crafted like Africans with features such as afro hair, dark complexion and wide noses. Some of the dolls were inspired by black celebrities like Michael Jackson and Diana Ross. They were also given African names like Tamu and Malaika as opposed to the typical Nancy, Lizzy or Betty.

A Shindana career girl, Wanda was created to fit into roles like a nurse, singer and a tennis player. 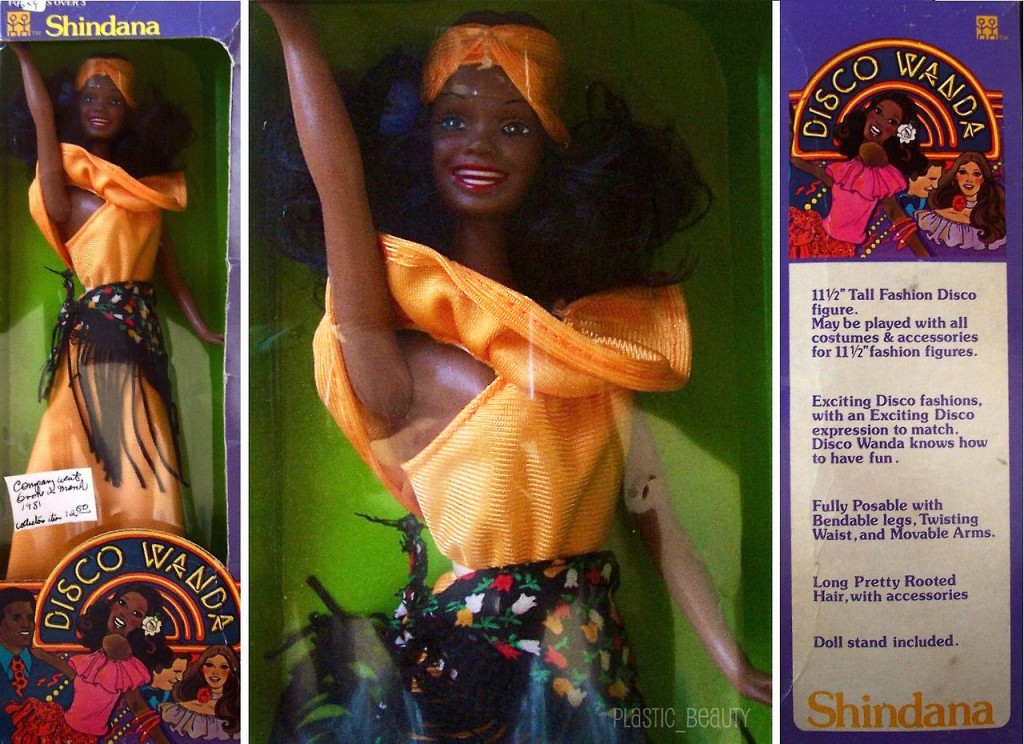 According to Debbie Behan Garrett, a black doll enthusiast and author, who also has some of these Shindana toys in her collection, “a child can have a low self-esteem if they are exposed to the negative opinions of the white people around them”. It is therefore commendable that Shindana doll makers contributed to the promotion of African American pride.

What compels most African toy makers is the need to give these impressionable children a sense of empowerment –considering the fact that these girls play the ‘mother role’ to the dolls.

For Taofiq Okoya, a Nigerian doll maker, his journey into the toy making industry started about eight years ago when he couldn’t find an African doll for his young niece to mark her birthday. He also observed that his daughter had self-esteem problems with her complexion. He wanted to create a doll that would help children identify with their African lineage while embracing their skin colour and race. 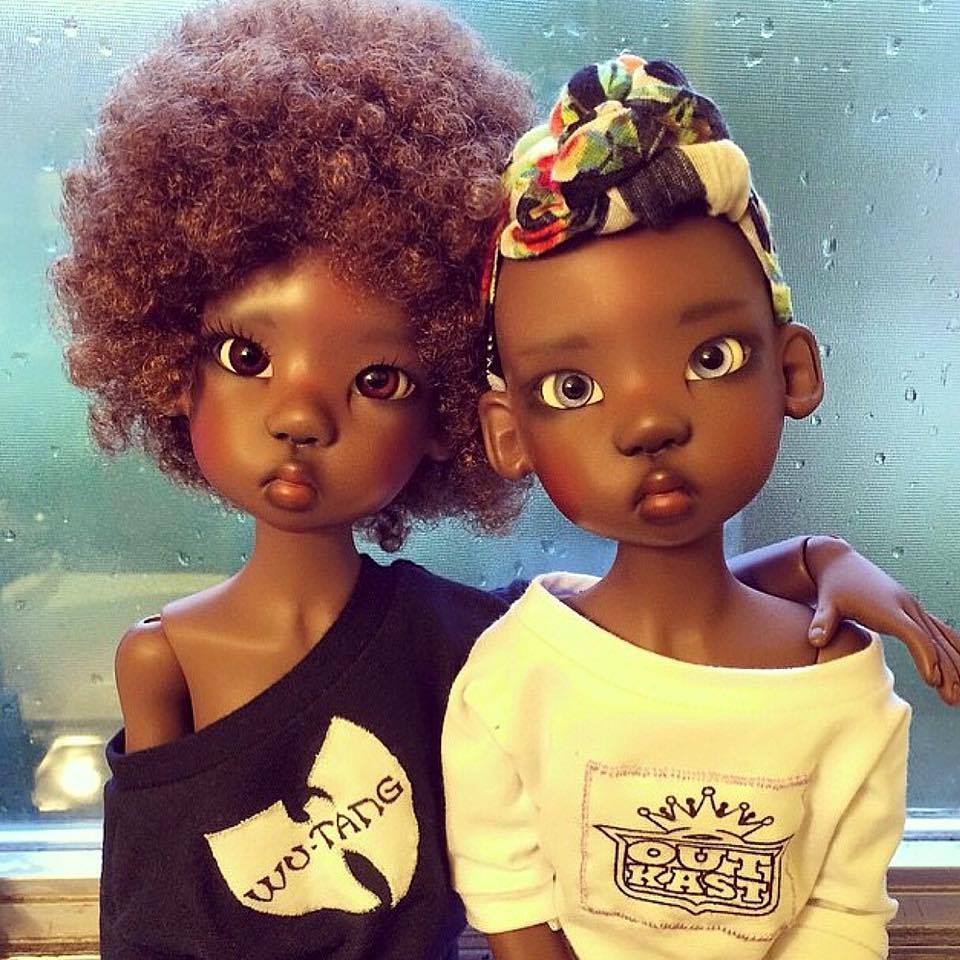 Okoya’s Queen of Africa dolls which sell over 6,000 units in a month and Makgoba’s Momppy Mpoppy are here to show that African children should be proud of their heritage and culture–they are after all, glamourous and beautiful.