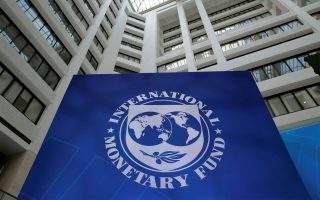 Over the years, Kenya has been able to manage a sustained level of economic growth. According to the World Bank, Kenya’s economic growth averaged 5.7% in 2019, placing the East African country as one of the fastest-growing economies in sub-Saharan Africa.

In 2020, however, the country is struggling to stay afloat. Several challenges like the COVID-19 pandemic which started earlier in the year crippled a lot of economies, including Kenya’s. There was also the locust attack which affected many parts of the country and had a negative impact on food security.

Kenya is said to be discussing a $2.3 billion lending program with the International Monetary Fund for budgetary support. An article by Reuters revealed that the East African country expects an initial disbursement of $725 in the first quarter of next year.

Why the IMF loan is a bad idea

Kenya is fast becoming one of the countries with an uncontrolled budgetary expansion driven by huge projects. According to a report by EuroDad, Kenya’s public debt is projected to reach 69.8 percent of GDP by 2023. An increase of over 10 percentage points over pre-crisis levels. Meanwhile, public debt service is expected to increase from 9.8 to 12.9 percent of GDP between 2019 and 2023.

Even though the country’s public debt is high, this wouldn’t have been a problem if there was a considerable impact. For instance, in 2014, a loan of about Sh270 billion which was obtained through Eurobond is yet to be accounted for. Also, in 2017, there were controversies around the completion of a Standard Gauge Railway from Mombasa to Nairobi. It reportedly cost about Sh327 billion, raising suspicions that the budget for this project was padded. This is coupled with several phantom projects that are left untouched or unfinished.

Based on the instances cited above, there appears to be a trend of mismanagement of public funds. Thus, securing a loan without a permanent solution or development plan poses quite the threat to Kenya’s economy.