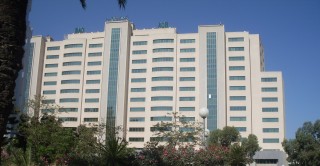 In ongoing global discussions on climate change, much of the responsibility for preserving the environment has been placed on governments. However, it appears that financial institutions might have a reason to make significant contributions to the fight against global warming.  Governor of the Bank of England, Mark Carney, has warned that climate change poses a huge risk to global economic stability. Carney gave this warning at a gathering of leading insurers in London, and claimed that insurers are among those with the biggest interest in climate change as they are the ones most exposed to the consequences of natural disasters.

There are three regions of Africa, which are at the highest risk of climate change. They include parts of Sudan and Ethiopia, the south-eastern corner of the continent, particularly, South Africa, and central African countries surrounding Lake Victoria.

Even though reports claim that Africa has the lowest emissions of any other continent, many of the countries aforementioned continue to experience acute droughts, which impact livelihood and stunt growth. In the aftermath of these natural disasters, citizens are left without help as a majority are uninsured.  In this regard, Africa has relied on agencies to assist countries recovering from disasters. Foremost in this is the organisation, African Risk Capacity (ARC).

The ARC is a African Union specialised agency designed to assist member states to resist and recover from the ravages of natural disasters, through a ground-breaking index-based weather insurance mechanism. The agency provides timely and reliable funds for governments to respond to the needs of the populace. They aim to contribute to dialogues surrounding food security, resilience and climate change on the continent. The ARC provides insurance coverage to governments through its sovereign-level mutual insurance company, providing access to modern financial risk management tools tailored to the African context.

While several agencies also provide relief to victims, the African Development Bank (AfDB) also runs the Climate for Development in Africa (ClimDev-Africa) Initiative. The ClimDev-Africa Program was started as a joint initiative of the AfDB, the Commission of the African Union (AUC) and the United Nations Economic Commission for Africa (UNECA). It works to ensure that appropriate climate information is provided to promote planning for sustainable development in Africa.

For example, South Africa’s Standard Bank has been a leading financial institution which has supported renewable energy projects in Angola, Kenya, Ghana, Nigeria and South Africa. Considering the countries, which face the most impact, particularly those in the horn of Africa, financial institutions from those countries need to tackle the challenges Africa is set to face, head on.

As Carney said, “The far-sighted amongst you are anticipating broader global impacts on property, migration and political stability, as well as food and water security.”