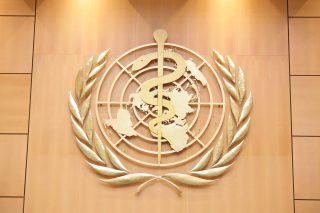 In a recent press briefing, the World Health Organisation (WHO) announced plans to roll out the first-ever malaria vaccine (RTS, S/AS01 {RTS, S}) for millions of children in Africa. The announcement comes on the heels of GAVI, the vaccine alliance’s multimillion-dollar funding to countries to expand access to the world’s only malaria vaccine.

The press briefing saw panellists from WHO-AFRO, Gavi and the African Academy of Science discuss the upcoming opportunities for scaling the vaccine beyond its initial pilot areas and countries – Ghana, Kenya and Malawi.

In her opening remark, Dr Matshidiso Moeti noted that the news “marks a key advancement in the fight against one of Africa’s most severe public health threats. One child dies from malaria every minute in Africa.” This is Africa’s reality with Malaria. As arguable as this may sound, Thabani Maposa lent his voice to say that “250,000 African children below the age of five die of malaria annually.”

Malaria is a catastrophic endemic in sub-Saharan Africa, which happens to be the hardest hit globally. Countries in the region bear the brunt, “accounting for more than 9 out of 20 of the over 240 million global cases in 2020 along with most of the more than 600 thousand reported deaths,” Moeti noted.

“We need this vaccine now more than ever. We know that the burden of malaria is devastating to communities and countries across the African continent. You hear the fact ‘one child dies of malaria every minute’ yet the reality of living with the daily risk of this and its consequences is difficult to fully convey,” Prof Rose Leke.

Therefore, the financial intervention from Gavi provides a landmark opportunity for countries to introduce or further the rollout of the malaria vaccine. Before the vaccine is rolled out to other eligible endemic countries, Ghana, Kenya and Malawi – the countries that began piloting the delivery of the vaccine in 2019 – would be the first countries to benefit.

These pilot countries have vaccinated more than one million three hundred thousand children since the vaccination began and have recorded a one-third or almost 30 per cent drop in the hospitalisation of children with severe malaria. More so,  since 2019, the pilot countries have recorded a 10 per cent drop in malaria-related child deaths in the age group eligible for the vaccine. “So if delivered at scale, millions of new cases could be averted and tens of thousands of lives saved every year,” Moeti added. But for now, “supply remains limited and achieving equitable access for all eligible children remains our priority.”

Gavi, an international organisation created in 2000 to improve access to new and underused vaccines for children living in the world’s poorest countries, is poised to fund the production and distribution of the new malaria vaccines. it is now open for countries to apply for funding. In a statement, Maposa noted that “Gavi’s board has approved an initial investment of $167.7 million to support this vaccine. We also have the additional support of $66.6 million through a derisk mechanism with GSK and partner, MedAccess.”

The funding comes on the back of WHO’s October 2021 recommendation for the widespread use of the RTS, S/AS01 (RTS, S) malaria vaccine after successful pilot introductions in Ghana, Kenya and Malawi. Over a million African children were vaccinated with at least one dose of the vaccine since 2019.

Undoubtedly, one key challenge is that the demand for the vaccine would be greater than the available volume. “However, our challenge during this critical phase is to ensure the doses we have available are used effectively and equitably,” Maposa noted. Although the increase in the production of the vaccine will take a while, more investment in technology transfer is needed at this time.

He announced that the funds were now open, calling for Ghana, Kenya and Malawi to first apply for the malaria vaccine. “These countries already have experience in rolling out the malaria vaccine. Meaning they would require little to set up their systems to prepare for receiving the vaccines,” Maposa said. “Of course, we also want other countries with moderate to a high burden of the malaria disease to apply. The expression of interest is something that we also have opened, for these countries to be able to communicate what they need so that we can plan better with them and support them effectively as well.”

To address supply issues the WHO in conjunction with relevant experts have created a framework that would enable children with the highest risks across endemic countries are prioritise vaccination. The body stated its willingness to partner with stakeholders, health leaders, donors and manufacturers to boost manufacturing capacity, increase malaria vaccine access and change the trajectory of this devastating disease.

Turning over to Marburg Disease (a strain of Ebola), Moeti stated that Ghana, in the 3rd week of July, declared and confirmed its first-ever outbreak of the deadly virus after a WHO collaborating laboratory corroborated earlier results. The West African country reported two confirmed cases, both of which resulted in deaths. “Marburg which is in the same family of viruses as Ebola is highly infectious and can be fatal in a large percentage of cases. As yet, there are no vaccines nor treatments, making immediate decisive action to curb any potential spread critical,” Moeti said.

The disease was first confirmed in West Africa last September in Guinea and genomic sequence analysis from Ghana suggests diseases that both were related. “However, more analysis is needed to understand what is behind this link and the possible public health implications.” a total of 108 contacts to the cases including health workers and community members were detected but confirmed clean after a 21-day observation. As neighbouring countries remain alert, the WHO is supporting Ghana to boost surveillance and tracking of the disease, while making preparation for the proper management of any new cases that may be identified.