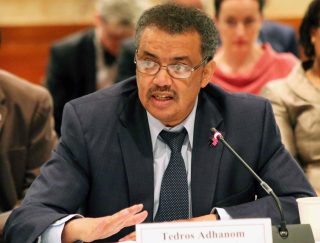 The World Health Organization(WHO) has adopted a resolution that calls for an independent review of the global response to the novel coronavirus, including the agency’s own performance.

In the just-concluded annual World Health Assembly held via teleconference from Geneva on 18-19 May, it asserted that the agency was focused intensely on defeating the coronavirus pandemic that has infected over 4.7 million people worldwide, caused more than 316,000 deaths and affected the economies of the world.

The decision was disclosed from the White House that the WHO did not act quickly enough in the early days of the COVID-19 outbreak to contain its spread. In a letter sent to WHO chief via Twitter on Monday, US President Donald Trump set a 30-day ultimatum for the UN health agency to make significant reforms or risk losing funding.

Following the resolution passed unanimously by the 194 WHO Member States, the Director-General Tedros Adhanom Ghebreyesus, was charged to rapidly identify and provide options for scaling up the development, manufacture, and distribution capacities needed for providing access to COVID-19 diagnostics, therapeutics, medicines, and vaccines.

Meanwhile, some African countries have introduced different policies to combat the disease. For instance, Eritrea has become the East Africa country to tackle coronavirus, after bringing the infected number of patients to zero.

In a statement made by the ministry of health, the last patient has recovered fully after standard tests at the National Laboratory and was discharged from the hospital.

“This result means that all 39 confirmed cases in the country to-date have recovered fully,” the statement read. Eritrea has now become the third African country after Mauritania and Mauritius to record a 100 percent patient recovery from the virus.

Also, Madagascar’s President Andry Rajoelina introduced what he calls a COVID-19 herbal remedy in the country. But the World Health Organization has warned it must be tested for efficacy and adverse side effects.

Just after WHO’s Africa head said he was in touch with Madagascar over touted herbal cure for the virus, he has commended the President’s effort in the fight against the pandemic.

Late Wednesday, Rajoelina took to Twitter to say he had a successful talk with Tedros and that the WHO will sign a confidentiality clause on the formulation of COVID-19 Organics (CVO) – an herbal beverage Rajoelina has claimed could prevent or cure the virus, and will support clinical observations in Africa.

More broadly, International organizations were called on to work collaboratively to develop, test, and scale-up production of safe, effective, quality, affordable medicines and vaccines for the COVID-19 response, including the licensing of patents to facilitate access to them.

On its part, the WHO has reinstated its commitment to providing strategic leadership to coordinate the global response. It has also said it will support the most vulnerable countries and populations.