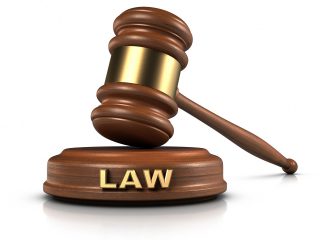 When will Kenyans get the well-equipped judicial system they deserve?

It’s no secret that Kenya’s economy is on somewhat shaky ground. The government has yet to pay out some 172 billion shillings ($1.7 billion) which was due to suppliers and contractors in June. The World Bank suggested last month that Kenya’s unemployment rate is some 4% higher than the government’s official forecasts, while Nairobi is set to miss growth targets for the fourth time in the last five years. Kenya’s recent failed attempt to plug the growing hole in its finances by slashing its judicial budget, however, sparked fierce pushback from officials and the public alike and highlighted the severe shortfalls the country’s justice system is suffering from already.

The furore over judicial funding

The uproar kicked off in earnest in September when, faced with a stuttering economy, Nairobi announced far-reaching austerity measures in a bid to close the gap between revenue and expenditure. Among those on the chopping block was the judiciary—whose budget was cut by Shs 3 billion (US$29.2 million).

As both judges and members of Kenyan civil society quickly pointed out, these significant cuts left the justice system woefully under-equipped. Judges were asked to spend their own money, mobile courts for rural areas were halted, plans for special new anti-corruption courts derailed, and some parts of the judicial branch unable to even pay for internet access.

Among the strongest voices against the severe cuts was the Law Society of Kenya, whose chief executive Mercy Wambua warned that “All the gains we’ve made since democracy to improve access to justice are being eroded. We’ve been sent back several years in terms of reforms.” The Law Society sued the executive branch over the massacred budget and secured a stay from a judge in late October.

But it was a scathing press conference from Chief Justice David Maraga, highlighting the devastating impact that projected budget cuts would have on the judicial branch, which finally turned the tide. “A number of critical processes in the courts and the judiciary will be severely crippled”, Maraga explained, emphasizing, in particular, the chilling effect of the austerity measures on corruption investigations. “Some of the incidents that we encounter are deliberate attempts to undermine the judiciary….I am not serving at the pleasure of a few people in the executive who are bent on subjugating the judiciary”.

Maraga’s words prompted the executive branch to rapidly reverse course—the very next day, the judiciary’s full budget was restored. While the public outcry may have been sufficient to claw back the budget this time around, however, the kerfuffle highlights broader issues with Kenya’s judiciary which threaten to both derail core government goals and exacerbate existing inequalities.

Despite years of reforms within Kenya’s justice system, Nairobi has failed to bolster citizens’ equal access to quality justice. Citizens are still faced with high costs, extended periods of incarceration, and a criminal justice system that is ultimately unfair to average Kenyans. Investigations drag on for years without resolution—a case in point is the 2016 murder and torture of human rights lawyer Willie Kimani, his client Josephat Mwendwa and their taxi driver.

Amidst widespread protests in Kenya against extrajudicial killings, four police officers were charged with slaying Kimani in July 2016. Three years later, however, the case is slowly making its way through Kenya’s creaking judicial system—despite one of the four suspects having already confessed to the crime. For a country bent on development, this under-performing legal system remains a heavy shackle.

What’s more, Kenya’s current judicial system still unfairly penalizes the poor—in large part due to under-funding and inadequate resources to carry out appropriate forensic investigations. Victims of assault or burglary might still expect to be told by police, “Arrest the thief and bring him to the station. We will handle the rest.”

The tragic death of Kenyan Grace Wangechi Kinyanjui is a perfect example of how for those unjustly accused, budget constraints can be a life sentence. In June 2016, Grace was helping her friend, British executive Richard Alden, move house. While Alden was in another room, Grace came across a gun Alden legally owned and accidentally fired it. The bullet ricocheted off the ground and hit the 42-year-old woman, who died as Alden was rushing her to hospital. In addition to losing his friend, Alden risked losing his freedom; suspected of having murdered Grace, he spent three months in prison before being exonerated before the case went to trial.

Key to Richard Alden’s exoneration was a highbrow UK forensic science investigator he engaged, which submitted ballistics, crime scene and forensic pathologist reports that proved his innocence. “Luckily I was able to engage good lawyers and private investigators that cleverly pieced together the available evidence [and conclude] that it was an unfortunate accident,” Alden told reporters after he was freed. Faced with the evidence, the Kenyan government dropped all charges.

Richard Alden was fortunate to have had the means to back a forensic examination that was far more thorough than anything the cash-strapped Kenyan police could have carried out. Countless Kenyans throughout the country, unfortunately, are not so lucky—and end up unable to fairly access justice of their own due to a lack of funding.

Encouragingly, a number of initiatives have sprung up to help provide equal access to justice in Kenya. Earlier this year, more than 30 paralegals from around the continent convened in Nairobi to advocate for the role of paralegals in expanding access to justice, highlighting the importance of serving marginalised, illiterate populations beyond the congested justice system. At the same time, the European Union has pledged Shs 4.2 billion to a new initiative to facilitate universal access to justice in the country, targeting seven particularly marginalised counties.

The African Prisons Project (APP), a charity operating in 15 countries across Africa, has also made huge strides in smoothing the path for Kenyan prisoners to access justice. One of APP’s projects has seen Kenyan prisoners studying for law degrees. The programme has already netted a few shining success stories like William Okumu, who was sentenced to death for having been involved in a robbery. Okumu used his law degree earned while in prison to shorten his and was released from Kamiti Maximum Security Prison in May.

The fight is very far from over. According to online database World Prison Brief, some 50,000 petty offenders continue to languish in Kenyan jails, unable to access legal representation thanks to financial constraints. The Kenyan judiciary urgently needs more funding, not less. Making sure that the country’s legal system is adequately funded and equipped is far from a lofty goal: it is an absolute necessity.