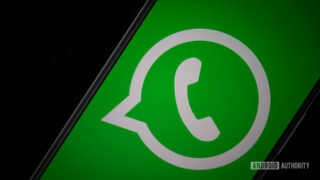 WhatsApp is rolling out new features

Last Friday, Mark Zuckerberg, Meta’s CEO, announced that WhatsApp is rolling out a new reaction feature. Users can now respond to messages with emojis without flooding their chats with new messages. The emojis available are 👍, ❤, 😂, 😯, 😭 and 🙏. With a long press on a message, these emojis pop up on your screen. Zuckerberg also stated that more reactions would be released.

The WhatsApp reaction feature is part of other new features, the social media giant plans to roll out. In April, the company announced the introduction of WhatsApp Community where organizations like schools, local clubs, and non-profit organizations can communicate securely and get things done effectively.

According to the post, WhatsApp will allow users to bring separate groups together under one umbrella with a structure that works for them. That way, users can receive updates sent to the entire Community and easily organize smaller discussion groups on what matters to them. “We think Communities will make it easier for a school principal to bring all the parents of the school together to share must-read updates and set up groups about specific classes, extracurricular activities, or volunteer needs,” it read.

Earlier this month, the company revealed that users can now send files up to 2GB in size within the app from a previous limit of 100MB. Also, the number of group members allowed on a group phone call will increase from 8 to 32, and group admins can remove errant or problematic messages from participants’ chats. And due to popular demand, WhatsApp participants can now be up to 512 people in a group, a significant stretch from the initial 256 group participants.

These features will undoubtedly improve users’ experience and help WhatsApp with customer retention. Users often scramble to other social media platforms because of some unique features WhatsApp lacks. For example, users migrate to a platform like Telegram to enjoy file transfers of up to 2GB size. Groups can also accommodate up to 200,000 participants. But with these latest improvements on the messaging platform, customer retention is definite.

Of course, there are a plethora of features WhatsApp still needs to optimize in the short term for users’ satisfaction. As a user, I would like to delete messages without the other party knowing; react to status without having to type, and schedule messages. My colleague, Zainab, would like to see pictures retain their quality when shared on the app, and would like to keep her exits from groups private. Social media platforms are consistently adding or improving features, so we’ll keep our fingers crossed to see what comes next.