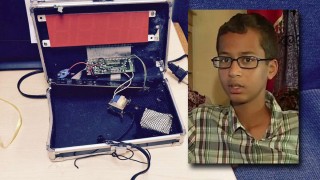 In order to keep you updated on what is happening in Africa and around the world, we have compiled a run-down of top stories that are currently trending on twitter.

Saraki: The code of conduct tribunal sitting in Abuja has asked the Federal Ministry of Justice to issue a bench warrant for the arrest of Nigeria’s Senate President Bukola Saraki.

Burkina Faso: Following the coup that took place in Burkina Faso on Wednesday, it has been reported that the coup leader has finally freed the interim president.

#IStandWithAhmed: The Muslim boy who took a home-made clock to school and was arrested because they thought he was carrying an explosive has transferred to another school in Texas.

The school that got Ahmed Mohamed arrested want him back, and he’s told them where they can shove their offer. http://t.co/Cbfr3RGzlz

#SomeoneTellKaimenyi:  This hastag was created to talk to Jacob Kaimenyi, Kenya’s cabinet secretary on education with regards to the ongoing strike by teachers around the country.  The hashtag started trending today after the government ordered for the closure of all private and public schools in the country.

This is crazy and incompetence ..how do u expect private schools to close and you don’t fund them n parents have paid #SomeoneTellKaimenyi