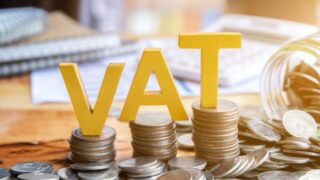 What you need to know about Nigeria’s VAT battle

On the 9th of August, 2021, a Federal High Court sitting in Port Harcourt ruled that the Rivers State Government had the authority to collect VAT and Personal Income Tax within its borders, effectively negating the authority of the Federal Inland Revenue Service (FIRS).

Like Rivers State, Lagos State has passed legislation that will allow it to collect VAT rather than the FIRS. On the 30th of September, the Court of Appeal joined the Lagos State government to appeal the VAT collection battle between the Rivers State government and the Federal Inland Revenue Service. In response to the issue, the speaker of the Lagos State House of Assembly, Mudashiru Obasa, said Lagos generates N500 billion, while other southwest states generate N300 billion, but when revenue is disbursed, Lagos does not get a fair share despite generating the most VAT in the country.

How is VAT shared in Nigeria?

VAT is a consumption tax paid on all the goods and services provided in or imported into Nigeria, and it is administered by the Federal Inland Revenue Service (FIRS). Nigeria implemented VAT by enacting the VAT Act No. 102 of 1993, which replaced the Sales Tax. VAT which used to be five per cent before February 2020, is currently charged at the rate of 7.5 per cent, and it is payable by individuals, companies, and government agencies. VAT is Nigeria’s fastest-growing tax revenue source, edging out PPT (N1.52 trillion) and CIT (N1.41 trillion) in 2020 to take the top spot at N1.53 trillion.

According to the National Bureau of Statistics, the sectoral distribution of VAT data for Q1 2021 revealed that N496.39bn was generated as VAT in Q1 2021, compared to N454.69bn in Q4 2020. After the FIRS deducts its four per cent commission, 15 per cent of the accrued VAT goes to the federal government, 50 per cent goes to the 36 states, and 35 per cent to local governments.

In a report by the Vanguard containing the details of the collection of the VAT made by each state, and what it was allocated by the Federation Allocation Committee (FAAC), between January and August of this year, the FIRS Offices in Lagos, Rivers and Oyo states recorded the highest collections. These states generated N429.203 billion, N90.293 billion, and N64.646 billion respectively.

The legal battle, which started between the FIRS and Rivers State, has evolved into a widespread polarized battle with political and regional undertones across several states in the country. Like Lagos, the Oyo State government has asked to join the suit between Rivers State and the FIRS. The South-South Governors Forum under the BRACED Commission recently declared to join the Supreme Court suit by the Rivers State Government. The BRACED commission comprises the six South-South states of Bayelsa, Rivers, Akwa Ibom, Cross River, Edo, and Delta. The law to back states’ battle to collect VAT is underway in the House of Representatives.

Siding with the FIRS, Governor Aminu Masari of Katsina State argues that other states contributed to the success of Lagos and Rivers states, so the Federal High Court ruling cannot stand. The Attorney-General of the Federation and the governments of Adamawa, Plateau, and Kaduna State are also set to join the FIRS in its appeal against the judgment of the Federal High Court in Port Harcourt. There are chances that Zamfara and Kogi would be on the FIRS side in this battle.

The FIRS’ stance on the matter

The FIRS warns that VAT collection in Nigeria can only work at the national level, not at the state level. Muhammed Nami, the Executive Chairman of FIRS, cited issues such as input-output mechanism and differences in tax rates as factors that will impede VAT collection at the state level. He illustrated thus, “If a business person buys goods in Osun state, pays a purchasing VAT in the state, and takes the goods to sell in Sokoto state, he will also be charged VAT. And by the operations of the input-output mechanism, the business person will deduct the input tax paid in Osun from the output tax charged in Sokoto and remit the difference to the relevant tax authority.”

Mayowa Tijani, a business writer for The Cable, believes times have changed and that the current VAT collection system and sharing formula, designed in 1993 to ensure that states contribute a fair share of resources, may no longer be effective. “There have been a few tweaks here and there since then, but a lot of it is inadequate,” he told Ventures Africa. “Recently, we found that the Northeast Development Commission was also taking a percentage of VAT. The structure was designed to help poorer states, but it has become a structure that milks rich states and leaves poor states entitled,” he said.

Tijani believes that while the current structure does not work optimally, the subnational collection would be a disaster as it would mean multiple taxations, friction with interstate trade, and an exposure of some states’ inability to collect taxes effectively.

Whichever way the VAT struggle turns, Mayowa feels the battle will mean a lot to Nigeria. “If states start keeping their VAT, then oil-producing states will ask to start keeping their oil revenue. That would lead to a broke central government and some broke non-oil states. In Nigeria, power often follows where the money goes. States like Lagos and Rivers may suddenly become as powerful as the federal government if the federal government does not innovate ways to earn its due share of the money,” he explained.

“The US employs this system, and it’s a healthy system, but a lot of work went into that. I believe that whatever the governments decide to do, they must leave a transition period of about a year or two to help states adapt to a new system,” he concluded.

Who wins or loses?

If the FIRS wins, nothing changes. But if they don’t, there are potential winners and losers. “If we start collecting VAT at the subnational level, the guaranteed winners will be the federal government in respect of import VAT and international transactions (whether retained by FG only or paid into the Federation account and shared), and the FCT. States that may either lose or gain are Lagos and Rivers due to HQ effect and subject to collection,” said Taiwo Oyedele, the fiscal policy partner and Africa tax leader at PricewaterhouseCoopers (PWC).

Oyedele observes that states would be adversely affected by a lack of capacity to collect VAT, difficulties in auditing compliance, and higher collection costs of up to 15 per cent, particularly in states where consultants and other forms of agency structures are used for tax collection.

Some other pertinent concerns raised by Oyedele are that people will pay more, but the government will collect less due to the inefficiency of collection and leakages. There will also be a higher cost of goods and services; incidences of double taxation. Nigeria’s ease of doing business and paying taxes will deteriorate, and local governments will be worse off because between states and LGs, the VAT revenue split under the national VAT is 59 per cent to 41 per cent. However, states are prescribing lower rates for LGs e.g. Rivers 30 per cent and Lagos 25 per cent.

Oyedele suggests that the current sharing formula among states be made equitable. This can be done by allocating any domestic VAT collected from each state entirely to the respective state. Only VAT collected on imports, international services, and inter-state transactions should be paid into the VAT pool and shared based on derivation. Also, the VAT structure should be redesigned, and a more suitable VAT regime be developed and spelt out in the Nigerian constitution.