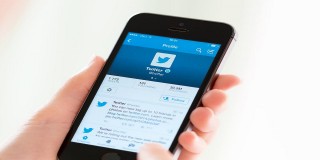 What will the suspension of Twitter in Nigeria mean for businesses?

On Friday, June 4, 2021, the Federal Government of Nigeria announced it had suspended Twitter indefinitely in the country. The announcement was made by Segun Adeyemi, special assistant to Nigeria’s Information Minister, Lai Mohammed, on behalf of the minister, via the ministry’s Twitter handle.

According to the thread of announcement, the reason for Twitter’s suspension was due to “the persistent use of the platform for activities that are capable of undermining Nigeria’s corporate existence”. The minister said the federal government has also directed the National Broadcasting Commission (NBC) to immediately commence the process of licensing all OTT and social media operations in Nigeria.

This suspension comes two days after the platform deleted a tweet by President Muhammadu Buhari for breaching its rule. Buhari’s now-deleted tweet referred to the civil war against the southeastern Biafra region that killed over a million people.

As of the early hours of this morning, Twitter’s app and website were inaccessible on major mobile carriers in the country. The country’s main telecoms industry body, the Association of Licensed Telecommunication Operators of Nigeria (ALTON), released a statement saying its “members have acted in compliance with the directives of the Nigerian Communications Commission.”

According to Thecableindex, Twitter is the 6th most used social media platform in Nigeria. In a report released by NOIPolls in 2019, 39.6 million Nigerians have a Twitter account, representing 20 per cent of the population. As for the number of hours spent daily on social media sites and applications, Twitter has the largest daily cumulative value. 19 per cent of Twitter users disclosed that they spend 10 hours and more engaging on the platform. These statistics demonstrate the importance of the social media platform for Nigerians.

Twitter recently set up its first African base in Ghana, West Africa. In a statement announcing its decision, Twitter described Ghana “as a champion for democracy, a supporter of free speech, online freedom, and the Open Internet.” Global tech giants, Google, Microsoft, and Huawei have also ignored Nigeria to establish operations in Ghana. In 2019, Ghana ranked 13 places higher than Nigeria in the World Bank’s ease of doing business index.

These investment evasion and recent ban have adverse effects on the economy and business industry. The ban sends a strong indication to Silicon Valley, home to many start-ups and global technology companies, that Nigeria is a hostile environment for foreign investment.

Modupe Odele, an attorney and business consultant once tweeted, “One of our clients wanted to open shop in Nigeria for their West African office. Once we sent them a breakdown of the regulatory requirements for their industry (also tech), they hit us with “we will get back to you.” We haven’t heard back from them since then.”

Speaking on the recent ban with Ventures Africa, Wole Oluyemi, a finance and strategy advisor, explained that the action of the federal government of Nigeria is a very strong signal to investors. To him, their action portrays the government as autocratic and military-styled. “The beneficiaries of the action are providers of Virtual Private Networks (VPNs) that would enable Nigerian residents to bypass the firewall instituted by the telecom companies as a result of the government’s directive,” he told Ventures Africa.

“The telecom companies would also benefit from higher data revenue due to the increased bandwidth from the use of VPNs. The only losers in this scenario are small business owners that have built their livelihood around businesses and services that depend on Twitter as a primary means of marketing, lead generation, relationship management and business development. This definitely could have further impact on the already declining employment rates in the country,” he stated. Oluyemi believes that the government was misguided and might reconsider its decision.

Twitter has unarguably become the backbone of Nigeria’s e-commerce sector and a lot of businesses and jobs are dependent on its existence. The platform is used as a medium of advertisement and modern jobs like social media influencing and managing depend on it. With this ban, companies and business owners that drive a lot of online traffic and engagement via Twitter will experience a downturn in patronage and revenue.

Speaking on the effect of the ban on businesses, Remi, a Twitter influencer and third-year mass communication student of the University of Nigeria said Twitter is not just an app, it is a place of work for him. “This ban hits me differently because they just stripped me of my source of income. My family isn’t wealthy and I went into influencer marketing in 2018. I have worked with big brands and I still have ongoing deals with some brands,” he told Ventures Africa. “I have been making money legally and avoiding anything illegal. The ban isn’t just about the app. It’s about how the government shut out the source of income of thousands. I don’t know my next step or anything. I’m in distress” he said.

Several prominent figures, as well as reputable organisations in the country, have commented on the recent ban. Dipo Awojide, an education, career, MSME, and personal development coach questioned the action of the Federal Government. “Does President Buhari and the federal government know how much young Nigerians make on social media platforms like Twitter daily? Does Lai Mohammed know the number of jobs being sustained by Twitter in Nigeria? What is wrong with these people?”

Seyi Makinde, the Governor of Oyo State has also urged the federal government to reverse the ban on Twitter as the platform has become a source of livelihood for many. “Nigerian youths and digital communications organisations earn a living from being able to use the platform to post communications on behalf of clients. Others who may not have physical stores also rely on Twitter to give visibility to their products and services,” Governor Makinde tweeted this morning.

Twitter is also used for crowdfunding, advocacy, finding missing persons, emergency response initiatives, amongst other significant things. Customer service would be impacted negatively across the board since Twitter is often the platform where customers get redress on issues with Telecommunication companies or financial institutions.

Olumide Akpata, president of the Nigerian Bar Association (NBA) has threatened legal action against the government on behalf of Nigerians. “The NBA finds no constitutional or legal authority to support the peremptory action of the Federal Government to suspend the operations of Twitter in Nigeria. Beyond the dent on our constitutional democracy, at a time when the Nigerian economy is unarguably struggling, the impact of arbitrary decisions such as this on investor confidence is better imagined.”