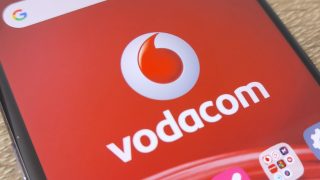 Vodacom is set to create a super app in partnership with the digital payment platform, Alipay (a venture by China’s Alibaba), allowing consumers in South Africa to shop online, pay bills and also transfer funds to their families.

The application which would start working next year is also tailored to help small to medium enterprises (SMEs) access financial services, such as lending and insurance, as read in a joint statement released by both companies, last Monday.

“This partnership is a significant milestone in promoting greater financial inclusion within the communities in which we operate, accelerating our financial services aspirations across Africa,” Vodacom Group Chief Executive Shameel Joosub said in the statement.

In terms of the partnership, the super app will be operated by Vodacom financial services while Alipay will be the technology provider. Additionally, the platform will offer music streaming services to its consumers.

Over the past few years, the mobile money domain has become more ventured by mobile network platforms looking to enlarge their service market and revenue stream.

Nevertheless, the promising market has left Vodacom and other mobile operators in South Africa to expand their mobile payment apps into online marketplaces to leverage their network and customer base.

In addition, Mobile Money- telecom investors aim at tapping into the market, of 11 million non- financially included people in South Africa, that don’t have bank accounts with provision for loans and other financial services.

More than ever, Mobile-Money services proved its relevance in the evolving world during lockdown measures to contain the virus as financial institutions were operating at very little capacity around the country.

Nevertheless, there is still a consistent need for expansion to cater for the most vulnerable people in areas that have relatively low access to banking-related services.

South Africa belongs to the category of Sub-Saharan Africa which is one of the busiest regions for mobile money services in the world.

In 2018, the region recorded 45.6% of mobile money activity in the world, which is an estimate of at least $26.8 billion in transaction value in the mentioned year (this figure excludes bank operated solutions).