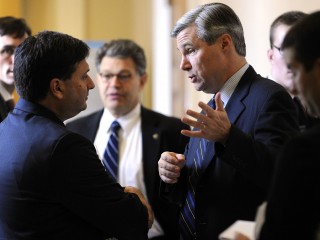 The United States (U.S) latest move to build its biggest Consulate General (Embassy) in Nigeria has stirred controversies internationally following concerns over the location selected for the $537 million structure. The U.S Department of State on March 31 announced the commencement of the project with a completion date set for 2027. The news came on the heels of a historic groundbreaking ceremony with Lagos Governor Babajide Sanwo-Olu, Amb. Mary Beth Leonard and Claire Pierangelo, U.S. Consul General in attendance.

The new building will sit on a 12.2-acre reclaimed land on the Eko-Atlantic City (EAC) project in Victoria Island, linked to controversial Nigerian billionaire Gilbert Chagoury. Chagoury is a Nigerian-born businessman of Lebanese descent. He is the founder of the Chagoury Group, whose multi-billion-dollar assets span construction, manufacturing, real estate and hotels. The EAC, also known as Nigeria International Commerce City, is currently being developed in a Public-Private Partnership between the Chagoury Group and the Lagos State government.

The new controversy has everything to do with its links to Gilbert Chagoury, a man who has accrued an infamous track record for decades.

A glance through Chagoury’s infamous past

In 2000, the businessman was found guilty in a Geneva court for helping former dictator ruler General Sani Abacha to launder Nigeria’s wealth abroad. He later paid $600,000 in fines to the court and refunded $66 million to the Nigerian government.

In 2015, a visa ban was placed on him and his family following anonymous leaks of a possible connection to the terror group linked to Christmas Bomber Farouk Umar Abdulmutallab. The U.S later removed the ban and apologized after he sued the FBI for defamation of character. But by 2021, the U.S indicted him for scheming to make illegal campaign contributions to U.S. presidential and congressional candidates in a 2016 fundraiser in Los Angeles where he donated over $30,000. The deal has raised questions as to why the Biden government which has declared a strict commitment to fighting corruption would choose to do business with the businessman.

Looking at the brighter side

Although the reason behind the seeming marriage of convenience between the American government and the controversial billionaire businessman is yet to be known, let’s take a look at the brighter side of things. On how this new deal would help boost economic trade and investment for Lagos State, residents and the Eko Atlantic project. It’s safe to say that America’s signature building on the EAC is an attestation of some form of business credibility and investment worthiness left in the Chagoury Group. A win for the businessman. Let’s not be tempted to call it compensation for past troubles. Asides from reimaging Chagoury, Nigeria will now be seen as safe for businesses and international investments.

More so, the new Consulate project would create thousands of jobs for Nigerian professionals and artisans. “Over the course of construction, an estimated $95 million will be invested in the local economy through local subcontractors and suppliers,” a statement by the DOS reads. The U.S believes the project would employ “approximately 2,500 Nigerian citizens, including engineers, architects, artisans, construction workers, and administrative staff.” The deal will undoubtedly open the Nigerian economy, particularly that of Lagos State, to more foreign direct investments.