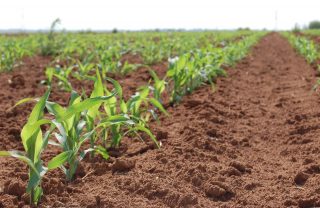 What does the future hold for CBN’s Anchor Borrowers’ Programme (ABP)?

Whenever information about how much money Nigeria spends on importing agricultural products becomes public knowledge, it’s natural to consider the many untapped opportunities and potential that the country has. It’s surprising that a country that was once renowned for its production of agricultural products such as palm oil, groundnuts, and cocoa, has lost its status as a major production hub.

From being the world’s largest exporter of palm oil in the 60s, Nigeria has become a net importer of palm oil, spending about $500 million annually on importation. Between June 2020, and June 2021, the total value of agricultural products imported into Nigeria rose to N4.6tn. Conversely, agric exports within this period stood at a meagre N964.24bn, leaving a balance of trade of N3.7tn.

Many have attributed this decline in agriculture to Nigeria’s over-dependence on oil wealth. But recent economic developments have highlighted the unsustainability of this dependence. For instance, global oil prices have become highly unstable due to events such as the pandemic and the Russian-Ukraine war. Additionally, the push to phase out fossil fuels in the coming years has reduced the global demand for oil. Within Nigeria, the production capacity of oil has also decreased due to oil theft and sabotage. Consequently, Nigeria is no longer the oil giant it used to be, and Angola and Libya are now the new crooners of that status on the continent.

As Nigeria’s population continues to grow, the economy must be able to meet the increasing needs for employment, income, and food production. The agricultural sector is capable of fulfilling this demand if it is properly utilized. The Nigerian government recognizes this potential and has established the Anchor Borrowers’ Programme (ABP) to diversify the economy, create jobs, and enable farmers to become self-sufficient in food production, with the ultimate goal of ensuring food security and reducing the country’s food import bills.

The ABP, which is administered by the Central Bank of Nigeria (CBN), provides smallholder farmers with loans (in kind and cash) to help overcome challenges such as a lack of finance and access to quality inputs. Since its inception in 2015, the ABP has rekindled new hope for farmers and the Nigerian economy.

Tracking headway and pitfalls since 2015

The ABP has made a significant and lasting impact on Nigeria’s economy, particularly through the rice revolution that it has fueled. In various states across the country, rice production has increased significantly, leading to a reduction in the import of foreign rice, which costs about $2 billion in foreign reserves annually. Between January and July 2022, Nigeria’s rice imports from the Thai Rice Exporters Association (TREA), one of the largest rice exporters in the world, declined by 98.4% to 15 metric tonnes, compared to 957 metric tonnes imported during the same period in 2021.

This positive trend has also been seen in other agricultural sectors such as sesame seeds, cassava, cotton, rubber, and livestock. The Central Bank of Nigeria (CBN) has also disbursed over N1.01 trillion in loans to over 4.2 million smallholder farmers cultivating 21 different agricultural commodities. These loans have helped farmers cultivate over five million hectares of farmland, which has significant implications for food security and employment in the country.

However, closer examination reveals that the scheme may not be experiencing the expected growth in proportion to the amount of money pumped into it by the CBN. The ABP is the second-highest funded intervention programme after the Real Sector Facility scheme in Nigeria with N2.10 trillion in funds disbursed to address the financing needs of start-ups and expansion projects of large enterprises.

One reason for this is the high rate of loan defaults by farmers, which is essential for the sustainability of the program. Seven big companies that have benefited from the ABP were reported to owe N5.67 billion, and only about 50% of the loans disbursed to smallholder farmers have been repaid. In addition to loan defaults, corruption and cases of insecurity have also affected the ABP. There have been reports of nepotism and the use of “ghost farmers” to divert funds, and many farmers have been displaced due to insecurity, leading to uncultivated farmlands.

“Agriculture is associated with several risks. Hence proper pre and post-assessment procedures are critical to reducing the level of risk for that farmer even before getting those funds. When a beneficiary gets funds to cultivate rice, and the land to be cultivated has an associated risk of flood yearly, you outrightly know the land can not be cultivated or you risk the high possibility of losing all to the flood,” he argued.

The recent floods in the country have also caused significant damage to farmlands, with 332,327 hectares completely damaged and over 150,000 hectares, worth an estimated N30 billion, destroyed in the Northeast alone.

Mr. Alabi further identified the need for extension workers to work closely with farmers who are beneficiaries so that they can understand modern farm practices and management services. “As they are cultivating within the time frame the money is given to them, they must have access to information on the market and data that would help them reduce the level of risk they are vulnerable to.”

The associated challenges with the ABP have raised questions about its future, and the CBN even temporarily suspended the disbursement of loans at one point last year. While the CBN has denied the possibility of ending the scheme, the upcoming election and the possibility of a new administration could change this.

Regardless of how this pans out, the need for the next administration to prioritize the agricultural sector in the country is obvious. A new alert by the International Monetary Fund (IMF) urged the country to prepare for a heightened food crisis in 2023 due to recent floods and inflationary pressure on fertiliser prices.

Mr. Alabi emphasised that the incoming administration must put in position people that will take proper decisions in the food sector to avoid this looming food crisis. “We have gone past the era when the government puts a medical doctor or plumber to oversee the agricultural sector. They must be agricultural practitioners who have 21st-century knowledge of agriculture. Those who understand challenges in the sector and can create an enabling environment for private investment in the space,”

“There must be intervention funds to help farmers reduce the cost of farm input. In 2022, we saw many farmers sell their farmlands, and many others are yet to go back to the farm because of the high cost of production. This year will be dependent on leadership,” he stated.