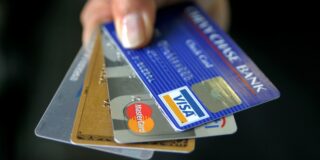 What the CBN’s card payment scheme means for the financial sector.

Recently, the Central Bank of Nigeria (CBN) has implemented various policies and introduced new products in an effort to revitalize the country’s financial sector. These policies, such as the redesign of the Naira and the implementation of cash withdrawal limits, aim to promote a cashless society. Last year, these policies had a significant impact on the lives of Nigerian citizens.

In another push towards a cashless society and a disruption of the Nigerian financial ecosystem, the CBN launched its card payment scheme on the 16th of January, 2023.

What is a card payment scheme?

A card payment scheme, also known as a card-based payment system, is a widely-used system in Nigeria that facilitates transactions using debit and credit cards. This type of system is not considered to be overly complex, as it is a widely adopted method of payment in the global financial space. Some of the most well-known brands of card schemes include Visa, Mastercard, UnionPay, and American Express.

Despite the widespread use of card payment schemes, there is often no direct relationship between the scheme and consumers. This means that card schemes do not issue debit or credit cards directly to end users. Instead, they form partnerships with eligible financial institutions that issue these cards to customers and assist in processing payments more efficiently.

In Nigeria, we have witnessed the dominance of international players such as Visa and Mastercard in the card payment space for many years, particularly when the digital revolution swept through the financial sector in the early 2000s. However, thanks to the increasing penetration of technology, the ecosystem has evolved and given rise to an indigenous player, Verve by Interswitch, which has thrived significantly and expanded beyond the borders of Nigeria to other African countries.

The card payment landscape is set to become even more disruptive with the CBN’s introduction of its national card payment scheme. This development is not unexpected, as the country has a strong foundation for advanced development. Over the years, its banking sector and payment landscape have undergone tremendous growth. For example, the annual value of card transactions in the Nigeria cards and payments market was $18.2 billion in 2021.

Before now, countries like India, Turkey, China, and Brazil have all launched domestic card schemes and have recorded commendable progress. For instance, RuPay, the credit card scheme in India supported by the National Payments Corporation of India (NPCI) was launched in 2012 to wrestle the monopoly of foreign payment networks like Visa and Mastercard. Since its introduction to the Indian market, RuPay has collaborated with over 1,100 banks across the country to issue over 600 million debit and credit cards. From a 15% card market share in 2017, RuPay had 60% in 2020.

Going by the traction RuPay recorded in a short while, the domestic card scheme sure had its impact on the country’s entire financial system, and we can be optimistic a similar growth will be experienced in Nigeria.

According to Premier Oiwoh, Managing Director of NIBSS, the domestic card scheme will reduce the operating costs for both issuers and users. This is a stark contrast to the high costs and limited availability of Visa and Mastercard, which were the only international card payment options available in the market at the time of the launch of Interswitch’s Verve. Verve’s entry into the market crashed this structure of dominance, and cards became affordable to more Nigerians thereby contributing to the growth of digital payment and financial inclusion in the country. Presently, this indigenous player has become the biggest payment card brand in Nigeria with over 35 million issued cards across Africa.

According to Statista, Verve was the most used card in 2019 and 2020 and accounted for 65 and 38 per cent of the cards used for e-commerce and POS transactions in Nigeria during the period under review. Mastercard and Visa accounted for 17 and 37 per cent, and 19 and 24 per cent, respectively.

The CBN’s new card scheme promises a better offering. While Nigeria may not be free like the RuPay debit card, it is expected to be lower than the cost of existing payment cards. The charges will also be lower because it’s expected to be charged in Naira as against foreign currency. Low cost would undoubtedly drive adoption, and in a short while, the new nationally issued cards may be the most used in the country.

Similarly, financial institutions would be spared the problem of forex payments to the card payment scheme as they would now be made in naira, thereby helping the country conserve its limited forex. According to the bank, domesticating the card scheme would further enhance data sovereignty, enabling the development of locally relevant products and services.

Although the new card payment scheme works similarly to Visa, Verve and Mastercard, transactions made with it are expected to be faster because it is only accepted domestically and comes with a faster processing time.

As Africa’s first central bank-driven, domestic card scheme, it has the potential to become the largest in Africa, and one of the leading players in the world when delivered at scale. Largely, there are positive projections the new card payment scheme in Africa’s most populous country and the largest economy would be a harbinger of transformative influence on its financial sector, but only time will tell.