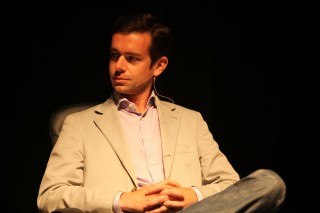 What Jack Dorsey’s appointment as CEO means for Twitter

Twitter’s shares rose as much as 6 percent on Monday after Jack Dorsey was named Chief Executive Officer of the online social media platform. This development will hopefully put an end to months of speculation about who would be placed at the helm of  job of the company. Having served as Co-founder and Twitter’s interim CEO for five years after Dick Costolo resigned, this marks his second reign at the company that he helped build in 2006.

Twitter has been working towards reviving its growth after its latest quarterly results revealed the slowest rise in monthly average users since the company went public in 2013-a performance that Dorsey at the time called “unacceptable.” Considering the company’s performance following its initial public offering, Dorsey may be the answer to reviving Twitter’s fortunes as he brings a lot of experience and performance.

He will also hold his title as CEO of mobile-payments company Square Inc, the payments and financial services company he co-founded in 2009, Twitter said. However there have been some concerns that Dorsey may be overworked, running both Twitter and Square, which he also co-founded. Square is set to go public this year and Dorsey may have to devote substantial time courting investors for the IPO.

“To further simplify the demands on his time as well as to make sure we bring a fresh voice and new leadership to the board, the board has decided to separate the chair and CEO roles,” Peter Currie, Twitter’s lead independent director, said on a call.

Mr Dorsey remained Twitter’s chairman and one of its largest shareholders with a 3pc stake currently worth about $600m. He returned as a Company Adviser shortly after Mr Costolo replaced Mr Williams as Twitter’s CEO in 2010. In May 2012, there were rumors that Twitter was going to shut down due to censorship rules imposed by the government. But while Twitter announced plans to censor Tweets according to the laws in each user’s country, users reacted angrily to the restrictions.

He was Twitter’s original CEO until being cast aside in 2008 in a coup engineered by another company co-founder, Evan Williams.

For more insight on Jack Dorsey appointment, listen to the podcast below