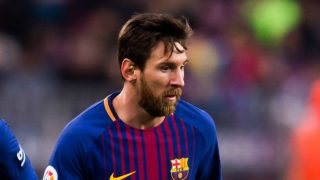 Over a week ago, news of a controversial club takeover rocked the football space. Newcastle United, an English team that had not finished in the top 10 in the Premier League in years, was acquired by a Saudi consortium led by Saudi Arabia’s sovereign wealth fund. As a result, the club now has the wealthiest owners in Europe. The reported £300 million purchase ends British billionaire businessman Mike Ashley’s 14-year ownership of the team and gives the Saudi consortium 80 per cent ownership.

What does that matter? Well, football is not just a game. Beyond the thrills of seeing our favourite teams on the pitch, football is big business. In the 2019/20 season, the European football market alone had an estimated revenue of £25.2 billion. While most of us are simply enjoying the sport, oil magnates see football as an investment opportunity.

In 2008, Manchester City, a club with low viewer interest, was acquired by Sheikh Mansour, one of football’s wealthiest owners with an estimated individual net worth of at least £17 billion and a family fortune of at least $1 trillion. Since then, the club’s revenue from broadcasting and commercials has skyrocketed over 400 and 1000 per cent, respectively. Similarly, French club Paris St Germain has grown its revenue since its 2012 takeover by the Nasser Al-Khelaifi-led Qatar Investment Authority. The club is also set to record a massive boost in matchday revenue after signing six-time Ballon D’Or winner, Lionel Messi.

What do these clubs have in common? They had relatively low recognition and made less money before oil money intervened. According to Ridwan Yusuf, a sports analyst, it’s not a surefire investment, but the upsides are massive for investors. “Although we have a few examples of billionaire investments done wrong like Anzhi Makhachkala. Generally, I think it is good for the game. Manchester City and PSG are fine examples. They are both thriving today and are forces to be reckoned with in global football. Since Sheikh Mansour acquired Manchester City in 2008, they have seen massive boosts in playing staff and facilities. Apart from the major honours they’ve won, their revenue is massive. At €568.4 million, their revenue was the fifth-highest of any football club globally in the 2018–19 season”.

Back home, Saudi Arabia’s football league is not as popular. However, it is not deficient in funding. Several top-tier players move to the Saudi football league due to their attractive salaries, and in return, attract more fans and revenue to the clubs and the league at large. Saudi Arabia is the world’s largest exporter of crude oil. However, it is not the only oil-abundant nation. Nigeria, Africa’s largest oil-producing state, has struggled to make its football league a goldmine over the years. Due to declined sales, it took 10 years for Nigeria to earn $418.5 billion from oil export.

The richest Nigerian club, Ifeanyi Ubah FC, is owned by a politician and CEO of Capital Oil, Dr Patrick Ifeanyi Ubah. However, it is safe to say Nigeria’s local football league is barely profiting from oil money, despite belonging to an oil-rich nation. The highest-paid footballer in a Nigerian club, Theophilus Afelokhai, earns N1.2 million ($2,900) monthly.

Also, the acquisition of clubs by individuals and privately-owned bodies in Nigeria is not easy. “Club takeovers are relatively rare in Nigeria. The government runs most top Nigerian clubs. Akin Alabi once tried to acquire 3SC, but state governments are often reluctant to let go of these clubs — for reasons best known to them. On the other hand, a Nigerian invested in a club abroad; Kunle Soname owns a club in Portugal.”

According to Amaju Pinnick, President of the Nigeria Football Federation (NFF), the Nigerian Premier Football League is projected to earn N18 billion annually as revenue from TV sales. Pinnick expects Nigerians to begin to pay up to N1,500 subscription fees to watch local league games on television. However, this may not be a realistic bet as the league is still limited to a fanbase whose patronage is largely due to patriotism.

Nigerians prefer to watch European clubs such as the English Premier League, Spanish La Liga and the Italian Serie A. Reasons for this viewer preference range from better media coverage to better sporting facilities. However, these reasons are easily narrowed down to one thing — better investments. The cases of Manchester City, PSG, and Newcastle show that revenue and fans follow investments. Nigeria’s football scene is still heavily deficient in investment and needs groundbreaking volumes to thrive.