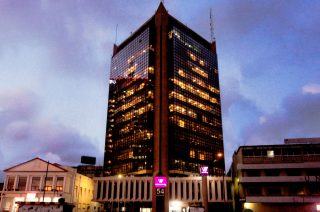 On May 8, 2019, shareholders of Nigeria’s oldest indigenous lender Wema Bank Plc. agreed to the proposed N0.03 dividend payment proposed by the management of the Bank, amid celebration, as the shares of the bank listed on the Nigeria Stock Exchange (NSE) traded at N0.73 each. The shareholders celebrated the proposed N0.03 per share dividend payout, not just because of a payout ratio of 34.79 percent but also because it was the first time they were getting any return from Wema Bank in 15 years.

The Bank, founded in 1945, had survived different reforms and restructuring in the country’s economy and financial services industry. Following the 2008 banking crisis in Nigeria which saw the collapse of many banks, the Bank had negative capital in excess of N66 billion and was declared a bank in a grave financial situation by the banking industry regulator in Nigeria but years of effective leadership have turned around the fortunes of the Bank. While the work to rebuild the Bank was ongoing, shareholders had to forfeit their annual dividend as the Bank was in no position to do so. However, following its capital reconstruction, a major constraint to Wema Bank’s dividend payment ability was lifted.

The journey to recapitalize Wema Bank, return it to profitability and consistently grow has been an arduous one for the management of the Bank and the shareholders alike, who year after year had to put up with the Bank’s reasons for not paying a dividend. Nevertheless, they were strong in their belief of the path the Bank has chosen to ensure growth.

For the management of Wema Bank, it was going to be difficult to get the kind of results needed for exponential growth with the traditional banking methods, which every lender in the industry already use to serve their customers. Chances of getting bank customers to choose a new bank are getting slimmer as it was becoming very difficult to present any unique proposition. Therefore, any Bank that was keen about growth had to, either run after the unbanked and hope that would be enough, or think up something new altogether. That was what Wema Bank did.

After years of research, the management of Wema Bank concluded that the only way to achieve the kind of growth needed to deliver value to all its stakeholders was to build a bank of the future today.

In 2017, Wema Bank launched ALAT, which offers branchless banking services. It is Africa’s first digital bank and it changed everything that banking was all about in Nigeria before its arrival. It got other financial services providers thinking, with many introducing similar products/services and retooling existing infrastructure to deliver more value to customers.

While ALAT might not have been able to corner the digitally savvy consumer market for itself, it got some who did not join ALAT to start asking their banks for more.

With more than a million active customers who are enjoying the digital bank that is fast becoming part of their lifestyle, Wema Bank has through a rethink of its digital strategy which birthed ALAT, changed the game in the Nigerian banking industry and achieved its quest for exponential growth.

Wema Bank’s Chairman Babatunde Kasali said that the Bank remained highly committed to using its “technological edge to drive and deliver on our goals for the year”.

He added that the Bank would also deepen its focus on the commercial and corporate business while it continues to leverage technology to get ahead of competitors, even in the retail space.

Its been a rocky path back, one that has seen several banks in the same industry, with similar challenges, fold up, taken over by the government, merged with other banks or bought by a superior competitor. But in the last one-and-half-decade, Wema has shown why it remains Nigeria’s longest serving indigenous bank. Its tenacity, innovativeness and sheer desire to push through the enormity of challenges that have plagued it has yielded positive dividends, as the bank has returned to an era of sustained profitability and has got its shareholders smiling again.