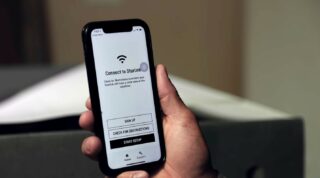 Welcome to the first episode of Weekly Economic Index for 2023. Here’s a roundup of the top business stories from Africa and the rest of the world.

In May 2022, Elon Musk, CEO of the US-based SpaceX, announced that Starlink, the company’s satellite Internet service, had received approval to operate in Nigeria and Mozambique. Since then, there has been a blended cloud of anticipation and concern around its arrival.

Starlink has now set its price for Nigerians. Residents will pay $600 (₦269,130) for the hardware kit and $43 (₦19,287.65) monthly for a subscription. While that’s cheaper than in the United States, where they pay between $110 and $500 for its basic and premium plans, there are still questions about its affordability. Nigeria is very poor, with 133 million people living in multidimensional poverty. So as Starlink’s official launch edges closer, we’re all wondering how much it will impact internet connectivity in Nigeria.

Seychelles comes out of its shells

2022 was pivotal for Seychelles’ tourism sector, as it welcomed more visitors than expected. Data from its National Bureau of Statistics show that the country had 334,552 arrivals in 2022, 81 per cent more than in 2021.

Seychelles’ economy has been heavily dependent on its tourism sector to thrive. But it fell out of the top tourist destinations in Africa after it struggled to recover from the COVID-19 downturn and border closures. However, 2022 marked a (somewhat surprising) rebound for its tourism sector. Before last year, most of its visitors came from Russia. So when the war started, it seemed like the numbers would dwindle again. But many other European visitors flooded the Island, with Germany leading the pack (44,772). France and Russia were the runners-up, accounting for 44,503 and 31,180 visitors, respectively.

Cutting down the Amazon

Amazon, the world’s largest e-commerce and cloud computing company, is laying off over 18,000 employees. This action will affect several departments, including its retail arm, Amazon Stores, and its human resource team, People, Experience, and Technology (PXT).

Unfortunately, the layoff wave that started in 2022 did not fade with the year. The global economic slowdown has left seething effects on Amazon’s finances. The company’s stock price plunged by over 49 per cent in 2022 and now needs to re-adjust its spending. In November, Amazon trimmed its workforce by 10,000 members. But according to CEO Andy Jassy, the company made a wrong estimate of how many people it should let go. Hence, it’s cutting deeper this time.

Notably, Amazon’s need to cut down its workforce is happening because it overhired during the pandemic. The same thing has happened with many other tech companies, such as Salesforce, which laid off 10 per cent of its workforce. Presently, there are no convincing signs that the economic downturn is reversing. But we can only hope the layoffs don’t get any worse.