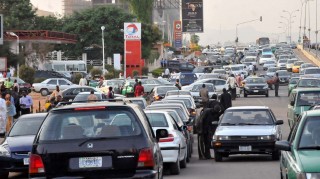 As China announces the end of its zero Covid curbs and the opening of its economy last week, the news sent both a positive outlook on global economic recovery and incited worries about its potential inflationary impact on global oil prices.

According to Gita Gopinath, IMF Deputy Managing Director, the economy is expected to have a growth of about 4%-plus. “We expect growth in China to come back, to rebound,” Gopinath told Reuters on the sidelines of the just concluded World Economic Forum (WEF) in Davos, Switzerland. “But if growth in China comes in much more strongly, which is a possibility, then we could see another spike in oil prices or energy prices.”

China is the world’s manufacturing hub and second-largest economy with a population of 1.45 billion people. For most of last year, its economy and manufacturing sector was shut down due to COVID-19 spread. To that end, the country’s demand for commodities like gas dropped significantly. As it reopens, there would be an increase in China’s demand for gas as households and companies demand for more. That would reduce Europe’s share of the limited gas resources available on the global oil market.

For close to three months Nigerians have experienced a persistent scarcity of fuel across the country. Nigeria’s escalating fuel scarcity has triggered a rise in the cost of fuel from N170/1ltr in November, to nearly N300/1ltr in many filling stations across the country. That has triggered inflation in the West African state with many residents bearing the pressure from the spike in consumer goods. Fuel scarcity has incited an increase in the cost of living.

According to Local news, the Major Oil Marketers Association of Nigeria, (MOMAN), has attributed the fuel scarcity to the high costs of vessels and inadequate trucks to deliver petroleum products from depots to filling stations across Nigeria. Although the body claims that fuel queues are caused by exceptionally high demand and bottlenecks in the fuel distribution chain, some residents believe the scarcity to be man-made and caused by oil markets that hoard fuel for selfish reasons.

Last Friday, Alphabet Inc., the parent company of Google, announced plans to lay off 12,000 staff, globally, as it double’s down on AI. The job cuts will affect 6% of its global workforce. Interestingly, the company’s shares rose by over 5% last following the announcement.

Sundar Pichai, CEO of Alphabet and Google, stated that layoffs will commence immediately in the US. Whereas, in other countries, the process “will take longer due to local laws and practices.” The tech boss even said that this was a moment to sharpen the company’s focus, re-engineer its cost base and direct its talent and capital to its highest priorities.