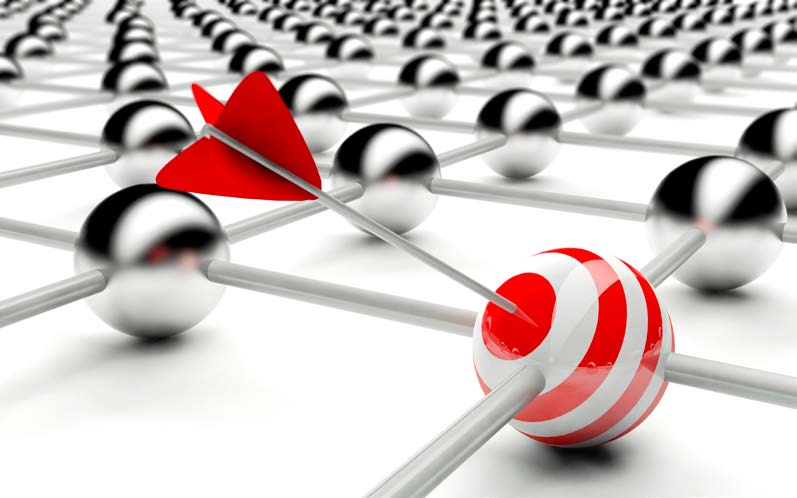 Banks based in Geneva, London, New York and the Channel Islands have long been the preferred service providers to Africa’s ultra-wealthy. But this is changing. Banks with African roots, including Ecobank and Bank of Kenya, and from further afield, Barclays Africa, are actively jostling for position. Fund managers like Stanlib are increasingly active, as are specialist wealth managers like Pictet Asset Management and UBS, who have recognised that it is no longer good enough to service African client from Europe.

The reason for their interest is the growing number of Africans with at least $1 million of investable assets. According to the latest World Wealth Report, published by Cap Gemini and RBC Wealth Management, their numbers climbed to 141,000 in 2013, up by 3.7 percent, while their combined wealth increased by 7.3 percent, to $1.3 trillion. The fact that this growth was slower than last year,  and that Africa’s wealth grew more slowly than any other region in the world – with the exception of Latin America – has not diminished investor enthusiasm.

Indeed, now is a great time for private banking, wealth management and asset management in Africa. “The market is very undeveloped and few companies can claim dominance,” said James Muratha, Stanlib’s regional director for East Africa. In the past, Africa’s super wealthy dealt with bankers based in New York, London or Geneva. “These were individuals who were educated in Europe or the US, they have friends and contacts overseas, and they are sophisticated and informed,” said Herve Steimes, a director with Pictet Asset Management. “We did not find them, they found us.” Aside from the lack of investment opportunities at home, these individuals were looking to protect their assets from inflation, political risks and forex fluctuations. They also wanted to structure their wealth for future generations. As a result, individuals have been sending money out of Africa for decades. “We have no means of telling how much wealth is offshore,” said David Hardisty, director of Wealth & Investment Management at Barclays Africa. “It is possible that local data could track to some degree the funds that have been sent overseas, but it’s very difficult to track the wealth generated offshore as the investment classes have performed differently and there are definite differences in where people have chosen to invest over time.”

For those who chose to keep their money in Africa, investments reflect the limited opportunities. A typical earner in Africa will have 90 percent in cash deposits and 10 percent in investible assets – very often in the local real estate market. In comparison, in mature markets and advanced emerging markets, a typical earner has 60 to 90 percent of their earnings invested in mutual funds, retirement assets, equity and bonds, and only 10 percent in cash deposits. “This lag clearly demonstrates the enormous potential [for wealth management] in Africa,” said Paul-Harry Aithnard, Group Head of Securities and Asset Management at Ecobank. According to him, Nigeria alone has a pool of around $10 billion, which could be channelled into asset management products. “Significant wealth creation has occurred in Africa in the last decade and asset management revenues are now growing faster than in mature markets such as Europe,” he said.

Annual revenue growth in the asset management industry is between 50 and 100 percent every year for firms such as Ecobank that have a strong distribution platform and a successful product factory. According to Aithnard, this is why targeting this “specific segment” of high earners in key African countries, with asset management products, should be a top priority.

Similarly, in East Africa, interest in domestic investment is growing as people with high incomes increasingly look for savings solutions. The more they earn, the more people are questioning whether the returns they get from bank deposits are enough. That is where asset management comes in, to advise people in terms of savings solutions. A good proxy for this growth, Muratha said, is the increase in funds held in Collective Investment Schemes in Kenya. These rose 20 percent between 2012 and 2013, from close on $349 million (KES30.9 billion) in 2012 to just shy of $420 million (KES37.2 billion) in 2013. Similarly, the Central Bank of Kenya Central Depository and Settlement accounts for government securities has increased 27 percent in the last two years, from 14,056 to 17,795. “There has also been tremendous growth in the number of equities CDS accounts within the same period. This goes to show how interest is building for investing,” Muratha said.

Stanlib Kenya is targeting the Kenyan Diaspora in an attempt to attract some of the $97.5 million million worth of remittances that flow into Kenya every month via formal channels. “Kenyans are incredibly patriotic, especially those in the Diaspora. We want to demonstrate the patriotism inherent in investing in Kenya via multiple investment channels that build its economy and develop its infrastructure,” Muratha said. “Our investment vehicles will provide opportunities for higher returns over the long term, as well as flexibility and choice.”

The extent of foreign investment in African economies is also driving interest in local investing. This could be in the form of development finance or direct investment by foreign firms or governments. Furthermore, private equity interest in Africa continues to grow steadily. There are now more than 220 private equity managers that target Africa and they are all scouring the continent looking for investible opportunities. Last year, African mergers and acquisitions totalled $30 billion, generated by 1,000 deals, according to the African Private Equity and Venture Capital Association.

One of the world’s largest private equity investors, the Carlyle Group, closed its sub-Saharan Africa Fund in April at $698 million, almost $200 million above its original target. The fund will invest in sectors such as consumer goods, logistics, financial services and telecommunications, and has already made investments in a Tanzanian-based supply chain manger and a Mozambican logistics company. Dangote and the African Development Bank are two of the fund’s local anchor investors.

The investment firm, to which the pair committed $20 million of their personal wealth, is looking for African financial-services companies that can help businesses manage currency and commodity risks. “The point is that entrepreneurs and other investors notice these flows; they want to be part of the wealth creation and this makes them more inclined to invest locally,” Seimes said.

Africa’s stock markets offer another avenue for local investors. With 29 recognised stock exchanges in Africa representing 38 countries’ capital markets, listed equity provides investors with exposure to a diversified selection of companies across a range of markets. Over time, these markets will start to mature, but before then they will experience significant growth and a broadening and deepening of capital markets, which presents investors with early-stage investment opportunities. “Of course when investors invest directly in private equity and the stock exchange it means there is less money available for traditional wealth management,” Seimes said. “But it is good for individual countries because capital is accumulated and reinvested. Eventually, if you are patient, you may have the opportunity to manage that wealth.” Patience, he said, is the key to success. “As a wealth manager, building relationships with people is important, but it is particularly the case in Africa. Trust counts for more here because in the past, the legal and regulatory frameworks were not trustworthy. If you want to manage people’s assets it is essential to build trust. This means being on the ground and available to your clients.” Muratha adds that education is also important. “As a market we face investor ignorance challenges; we have seen investors investing in ‘ponzi’ schemes where they lose their money resulting in eroded investor’s confidence. We need to educate customers and build their confidence,” he said.

As consumer expectations of banking services in Africa evolve, so too does the scrutiny of pricing structures. Regulatory and social pressure on banks’ pricing structures and downwards pressure on deposit spreads is leading to the recognition that asset or wealth management is a viable new banking segment. “Banks are starting to understand that asset management would boost non-interest revenue and foreign currency earnings, especially at a time when banks in Africa are coming under increasing pressure from central banks to reduce the levels of their interest rates,” said Aithnard. But there are other, more significant moves that can be taken to unlock growth in the asset management industry. “The major structural challenge that has to be addressed is the need to increase cross border investment and reduce capital flow restrictions,” Aithnard added. South African-registered retirement fund investments may now increase their “global” allocation to 25 percent, as well as a five percent allocation to Africa. “We are calling for African state pension funds to make an allocation of at least five percent for cross-border investments in Africa. This represents at least $15 billion that would immediately become available for cross border asset management,” he said.

It is now critical that policy makers’ fast-track legislation allowing African funds to invest across the continent as a means to build competitiveness in the African asset management industry and encourage global pensions to invest in Africa. Not only will this $15 billion be easily deployed to the huge pipeline of established, growth-oriented, competitive African companies, and spur potential listing on African capital markets, it will also spur international funds to allocate greater amounts to Africa. It is early days when it comes to evaluating real success stories in African wealth management services. Wealth management by its nature develops after other banking services – investment banking and the financing of infrastructure. But this is precisely what leads to the development of wealth. And in time it is clear that the wealth managers will be busy.