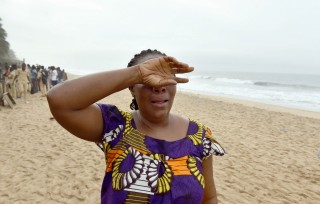 On Sunday March 13 2016, what many feared finally happened. A terrorist attack took place in Grand Bassam, a beach city located less than 40 kilometres from Abidjan, the economic capital of Côte d’Ivoire. The attack, which caused 18 deaths and 23 casualties, occurred at midday, at three different hotels in the southeastern city, frequented by both locals and foreigners. Al-Qaeda in Islamic Maghreb (AQIM) has claimed responsibility for the attack, according to SITE, a US based organisation, which monitors Islamist websites, Africa News reports. AQIM attacked Bamako in Mali in January and Ouagadougou in Burkina Faso a few weeks ago and in light of explicit threats to Côte d’Ivoire, officials in the country already had growing concerns about where and when such attack would take place. So how did they miss it?

In preparation for such an attack, the government’s counter terrorism plan includes reinforcing security around strategic areas such as schools, malls, hotels and diplomatic missions. In addition, border control will be tightened. Today marks the last of 3 days of national mourning. The French President, Francois Hollande, announced that France will provide assistance to the Ivorian authorities in terms of intelligence and training towards more proactive counterterrorism techniques in the country. French Foreign Minister, Jean-Marc Ayrault, and French Interior Minister, Bernard Cazeneuve, arrived in Abidjan yesterday.

Is this a minor or major setback?

After 10 years of political military and political crises, Côte d’Ivoire was starting to get back on its feet with a strong macro economic growth, recorded over the last few years. Just a day before the attack, the First Lady held the gala dinner of her Foundation with former French First Lady, Carla Bruni, French CEOs, Vincent Bollore and Martin Bouygues, Hollywood stars Djimon Hounsou and Gary Dourdan, and Cote d’Ivoire’s African Cup winning team captain, Yaya Toure, among other prestigious guests.

The Africa CEO Forum, which is also set to take place in Abidjan next week, confirmed that the event will still take place, but the attack has raised many questions that still need to be answered, as well as challenges that the country will have to face. These challenges rest heavily on whether Côte d’Ivoire has the resources and capacity to develop a stronger counterterrorism systems to prevent future attacks from taking place. Time will reveal whether the economy is strong enough to withstand potential drawbacks from the attacks and keep foreign investment in the country. President Ouattara had a meeting with the International Monetary Fund on March 15th to receive advice on how to move forward.

And for now, the attack appears to be a minor setback. However, we can’t make light of what must happen next as regional coordination against terrorism within West Africa, is more crucial now than ever.