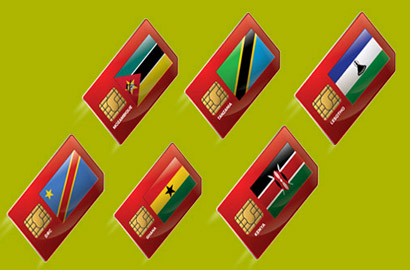 Vodacom in patnership with leading telecommunication companies in Africa is providing substancial roaming service for travellers and tourists in ten African countries.

Giving reasons for this new development, Tanzania’s Vodacom Managing Director, Rene Meza, said “What we are launching today is a solution to give our customers peace of mind when travelling.”

“Nobody likes the headache of worrying about roaming bills,” he added.

“Data roaming has been and still is an expensive undertaking for most operators and today we are so proud to reduce substantially together with voice and SMS our data roaming charges for our customers travelling in any of our African countries,” Meza said.

It can be recalled that earlier this month, Vodacom launched low flat rates for roaming within its coverage area on the continent. These rates, according to BizTechAfrica report, only applies when roaming on the Vodacom Lesotho, Vodacom Mozambique, Vodacom Tanzania, Vodacom DRC, Kenya Safaricom and Vodafone Ghana networks.

Romeo Kumalo, Chief Commercial Officer at Vodacom, says: “We know people want to remain connected…Whether at home or on holiday in Mozambique, and nobody likes the headache of worrying about roaming bills. What we’re launching is a solution to give our customers peace of mind when traveling. They now have one low roaming rate across our African family of networks and Especially an aggressive data rate – just in time for the Easter holidays.”