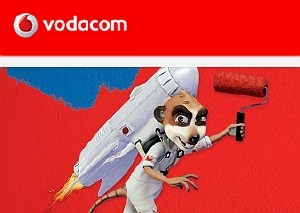 (BusinessDay SouthAfrica) – VODACOM , the largest provider of cellphone services to South Africans, was ordered to pay former consultant Moto Mabanga $21m (R158m) after losing an appeal in a Democratic Republic of Congo court on Monday.

“The judgment is now final,” Mr Mabanga said yesterday by phone from the capital, Kinshasa. But Vodacom had not received official confirmation of the judgment, spokesman Richard Boorman said from Johannesburg.

The appeal court on Monday dismissed Vodacom’s stay of execution against a January 25 judgment in which the Johannesburg-based cellphone operator was ordered to pay fees owed to Mr Mabanga plus 8% per year in interest and the costs of the litigation, he said.

Mr Mabanga sued Vodacom last year, seeking a $40,8m “success fee” for work done during 2007 and 2008 on top of a $2,8m service fee that he was paid for consultancy work. Click here to read more