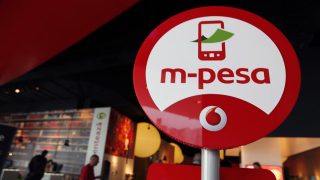 Vodacom M-Pesa’s customers in Tanzania will now have the option and ability to easily transfer and receive funds from individuals across over 200 countries, the company has said, announcing an expansion of its international money transfer service portfolio.

The network provider runs the prominent mobile money service M-Pesa – the largest payment platform in Africa with around 40 million users – under a newly-created joint venture with Kenya’s Safaricom after both companies completed its acquisition from the United Kingdom-based Vodafone in April.

“We pride ourselves on being enablers in the payment system by facilitating cross border trade within the region for the efficient and seamless sending and receiving of funds, from anywhere around the globe through M-Pesa International Money Transfer Service,” Vodacom Tanzania Managing Director Hisham Hendi said on the service expansion.

The goal is to facilitate international remittance flows into Tanzania and continue providing a platform for Tanzanian diaspora to “effectively participate in socio-economic activities which will contribute to the overall development of the country,” Hendi said during a recent international day of family remittance event held in Dar es Salaam. The forum was organized for stakeholders to deliberate on the future of international remittance in the post-pandemic era.

International money transfer services are critical to the African economies as they facilitate the inflow of foreign currency which has a direct bearing on the social and economic welfare of Africans, notes Peter De Caluwe, CEO of Thunes, a Vodacom M-Pesa partner.

Recent remittance inflows to Tanzania stand at $430 million, an increase of $25 million from 2019 and represents 0.8 percent of the country’s gross domestic product, according to World Bank figures. Across Africa, diaspora remittances provide funds to help vulnerable populations cater to educational, health, and various business needs.

“Whilst the importance of mobile payments to financial inclusion in developing markets cannot be overstressed, the M-Pesa international money transfer service goes the extra mile by allowing previously excluded to send and receive money across borders affordably. Thus our partnership with Vodacom M-Pesa aims at increasing the reach of international money transfers” added De Caluwe.

Introduced by Vodacom Tanzania in 2008, the now GSMA-certified M-Pesa connects businesses, banks and government agencies, making nationwide digital payments possible. It has over 10 million Tanzanian customers who deposit and withdraw money from their M-Pesa wallets through over 200,000 agents across the country.

Over the past few months, Vodacom M-Pesa has broadened its portfolio of partnerships and countries to widen its money transfer service worldwide. Its partners at the global stage include MoneyGram, WorldRemit, Remitly, and JubaExpress, all of whom enable customers to receive money across the world directly into their M-Pesa wallet.

“With such a huge portfolio of international Money transfer partners, the world is a village with M-Pesa. We thank our customers for their patronage and we remain committed to delivering on our vision to lead Tanzania into the digital age and change lives through technology” Hendi added.